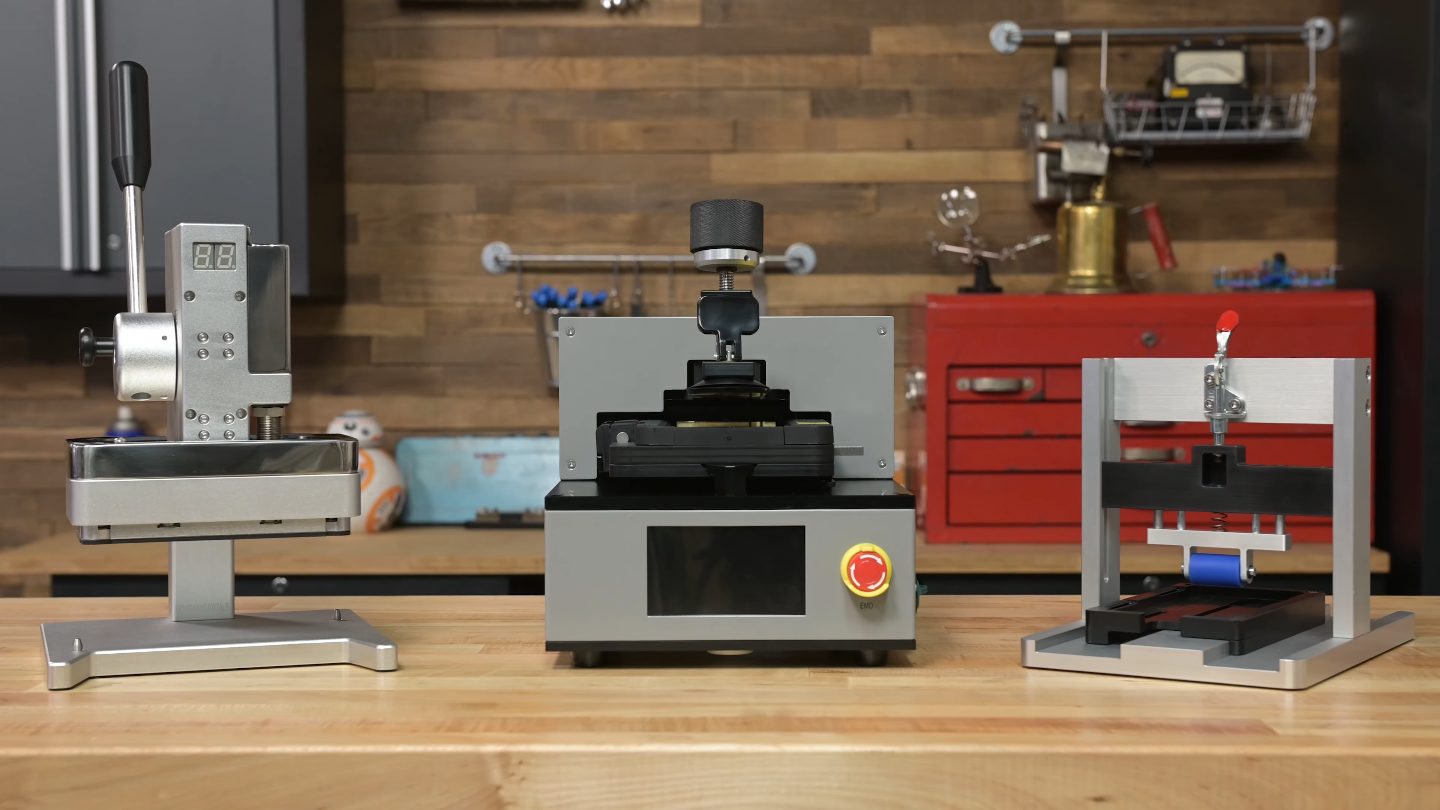 Apple announced a Self Service Repair program for its products back in November 2021. The program launched in April, but it is currently only available in the U.S. and supports the iPhone 12, 13, and SE 3.

Customers in the U.S. can now get replacement parts directly from Apple (upon providing a serial number or IMEI, of course) and also rent or buy the tools required to correctly and safely perform the repair. You can also download repair manuals for eligible iPhone models.

Parts that can be replaced by a user are currently limited to the battery, bottom speaker, camera, display, SIM tray, and taptic engine.

In a recently published YouTube video, the repair experts at iFixit tore down and took a closer look at the tools Apple sends to customers who want to perform iPhone repairs by themselves.

The first (and most interesting) repair tool is the screen press, which restores an iPhone’s water and dust resistance following a repair. The contraption does so by applying enough pressure to the chassis, display, and the adhesive holding it all together to get a good seal.

iFixit noted that the screen press is very satisfying to operate due to its elaborate construction, and coined it the “swan press.” The tool includes a replaceable battery to power the built-in timer and LED display.

The battery press, on the other hand, is a pretty simple tool in comparison. Apple being Apple, though, it too features precision engineering.

Apple’s third self-repair tool, the heated display removal fixture (HDO), appears deceptively simple. It heats up the device, loosening the adhesive enough for the chassis to be pried open, and is anything but simple on the inside.

All three tools are well-built and intricate, with the screen press standing out as a particularly praiseworthy display of engineering.

Over the course of this year, Apple will extend the program to M1 MacBooks while also expanding it to Europe. Other markets and products will likely follow, but there is no official word yet on when Apple’s Self Service Repair program will land in Canada.

If you thought OpenAI's ChatGPT is impressive, wait till you see what Google has been working on — if the company lets you, that is. Among Google's many endeavours in artificial intelligence (AI) and machine learning is MusicLM, a model the company created to generate original music from rich text prompts (via TechCrunch). Google researchers...
Nehal Malik
13 mins ago