EPOCH.2 by Uppercut Games for iOS is IGN’s free game of the month. The epic saga of post-apocalyptic robot combat continues as EPOCH must follow a final, desperate lead to reach Princess Amelia, the one person he was programmed to protect.

“With the two warring robot armies of Omegatroniks and Alphetekk standing in his way. But what surprises await EPOCH when the Princess is finally located? And what will she make of the world she wakes up to?”

The game gives you the ability to control your character with intuitive gestures that have been designed for touch-screens. Follow the story of humanity’s downfall, and their final hope for salvation as you discover the truth about the Princess and what she really means to the future of this world.

Powered by the latest version of Unreal Engine 3 – as used by Infinity Blade 3 – EPOCH.2 pushes the limits of the enhanced visual capabilities of the latest iOS devices, delivering spectacular new enemies, completely revamped models and the most amazingly-realised human character on mobile! 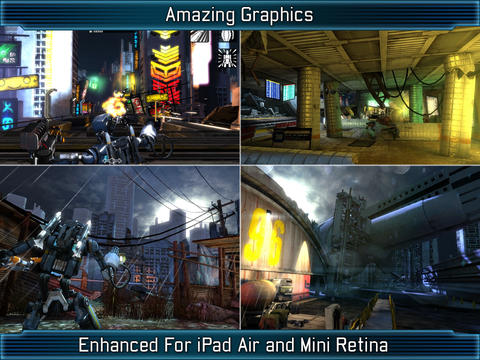 EPOCH.2 is normally $4.99 on the App Store and will work with iOS 6 and later, but is optimized for the iPhone 4S, the fifth-generation iPod Touch, as well as the iPad 2 and above. Get a free code from IGN’s website for a free download. To redeem the offer, enter the code under ‘redeem code’ on the App Store.

In a recent interview, Apple engineer Esge Andersen discussed how the company achieved improved sound quality regarding the AirPods Pro 2. Much of the improvements came without the integration of lossless audio and it is all thanks to improved airflow instead. Speaking with What Hi-Fi?, Andersen pulled back the curtain about the improvements to audio...
Steve Vegvari
51 mins ago