OTTTD by SMG Studio for iOS is IGN’s free game of the month. The game combines a tactical blend of tower defence and RTS gameplay. Command heroes, build towers, discover strange and exotic worlds and blow them all to bits.

This past week, SMG Studio released an update to the game which brings an abundance of new features. Here is a complete list of new features in version 1.2:

1) Endless Mode. 5 Endless missions to pit your skills against

5) NEW Armor, over 30 pieces of upgradeable armor to equip your heroes with

6) The Herocorp Tactical Field guide, an in depth encyclopedia of all monsters, heroes and tower types.

7) Cloud saving and restore. Save your game to the cloud and restore to other devices.

8) Control the level of Gore, from none, to full bloody carnage

9) More hero names to choose from

11) Skill reset. Reset your skill tree to change your heroes strengths and abilities 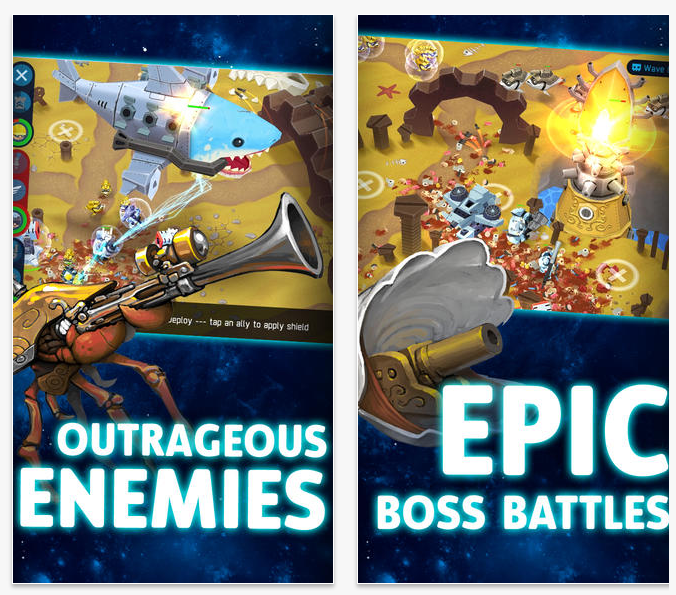 OTTTD is normally $2.99 on the App Store and will work with iOS 6 and later, but is optimized for the iPhone 5, the fifth-generation iPod Touch, as well as the iPad 2 and above. Get a free code from IGN’s website for a free download. To redeem the offer, enter the code under ‘redeem code’ on the App Store.