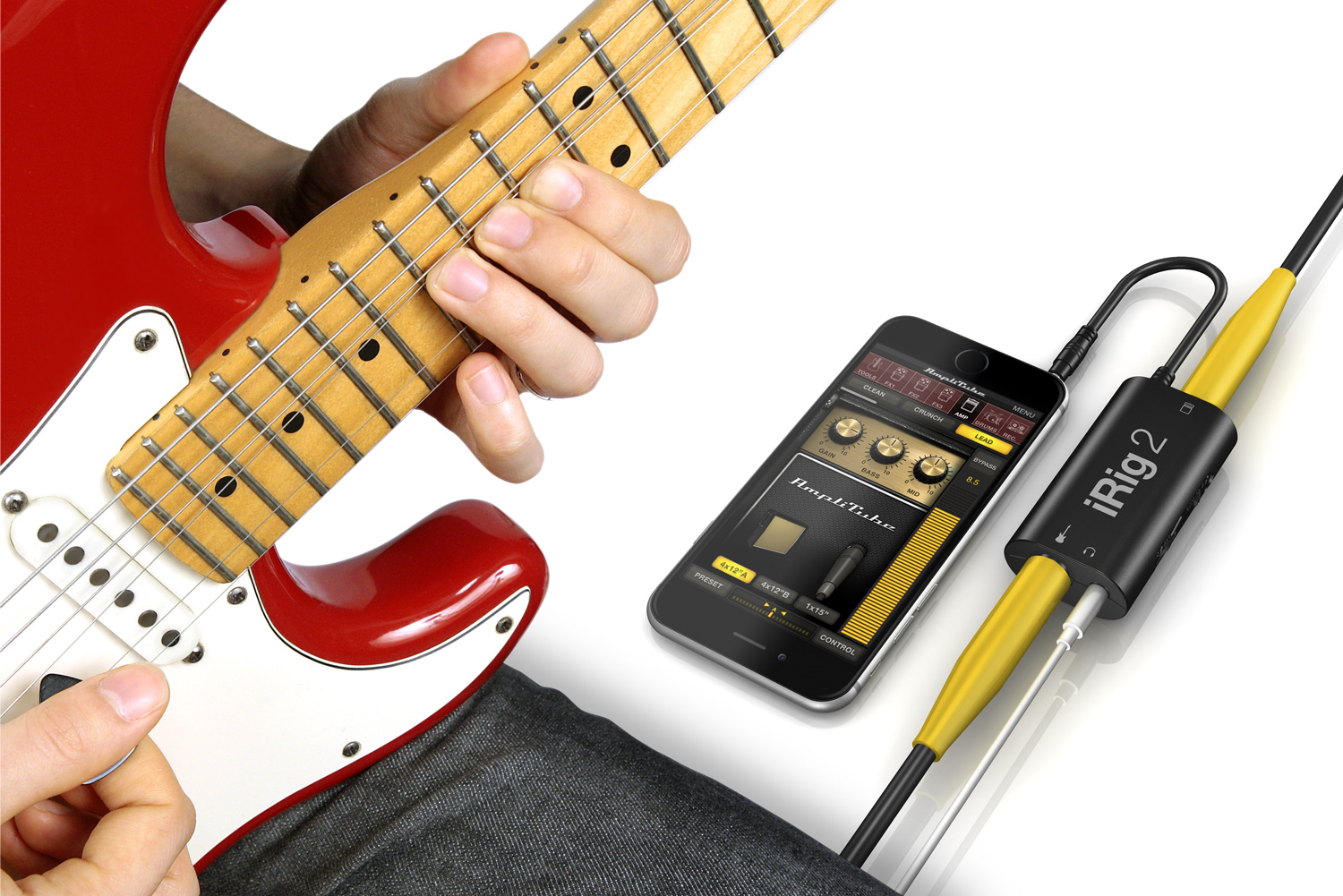 Today at CES, IK Multimedia has announced the sequel to their popular guitar interface for iPhone, iPad, iPod Touch, Mac, and Android.

The iRig 2 still allows you to connect your guitar to your iOS, Mac, or Android device, but this time around there’s a 1/4-inch output jack. This means that you could easily use the company’s mobile apps alongside the guitar amp.

“This opens up a whole world of opportunities when paired with AmpliTube, IK’s powerful guitar and bass multi-effects processor. It provides you with a vast library of meticulously modelled virtual stompbox effects, amplifiers and other gear that you can use as a part of your physical rig when you’re jamming with friends, at a practice session, in the recording studio or performing live.” 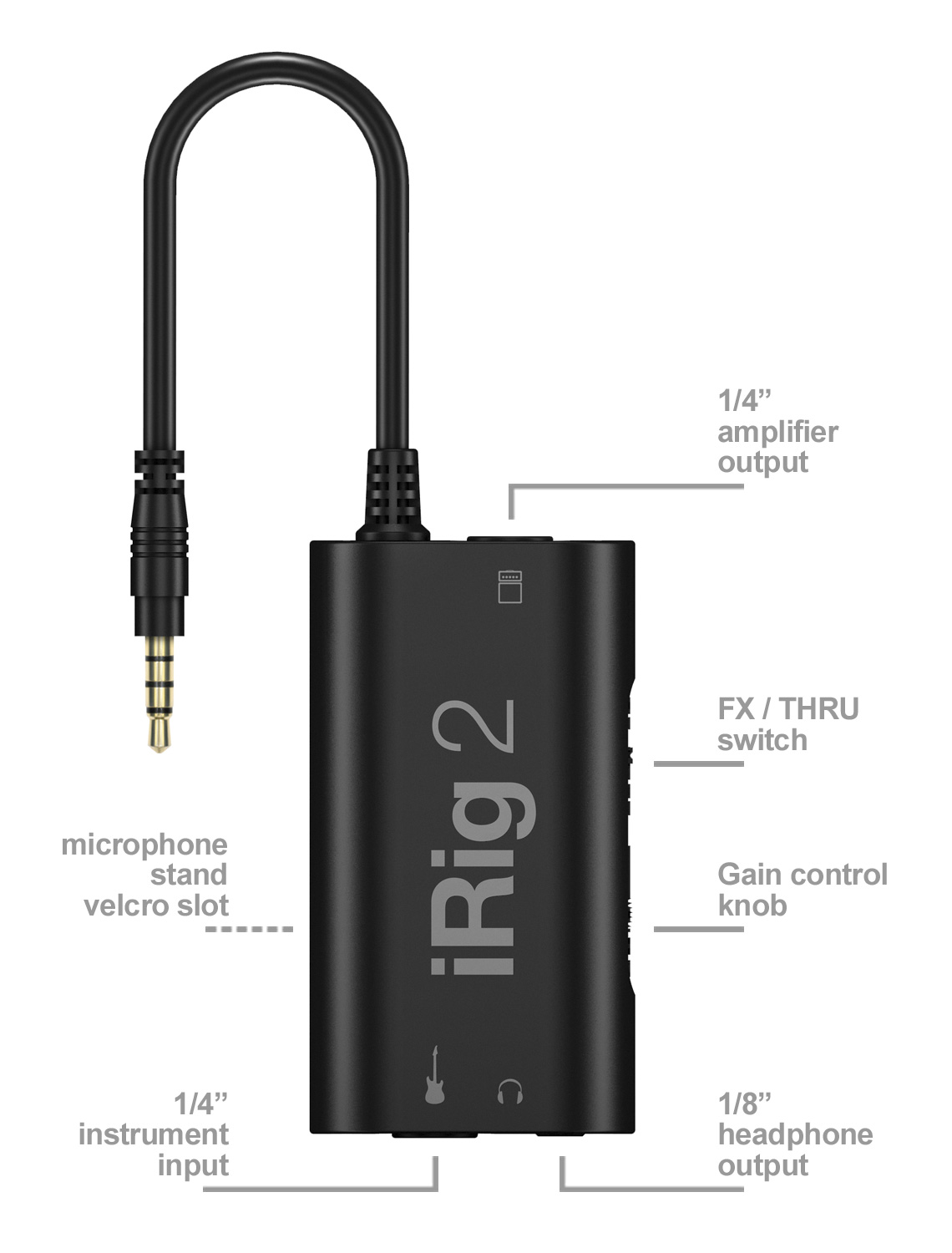 The new device features a headphone jack to keep from annoying those around you. The iRig 2 also includes a toggle switch that will bypass the connected mobile device entirely. Here is a complete list of the device’s features:

– The sequel to the best-selling iRig interface

– 1/4” instrument input for use with guitar, bass and other instruments

– 1/8” TRRS output for use with iPhone, iPad, iPod touch, Mac and Android

– Selectable dual-mode switch: FX and THRU

The guitar interface’s new feature allows you to use your mobile device as a tuner, recorder, or other tool without affecting the sound coming from your guitar amp. 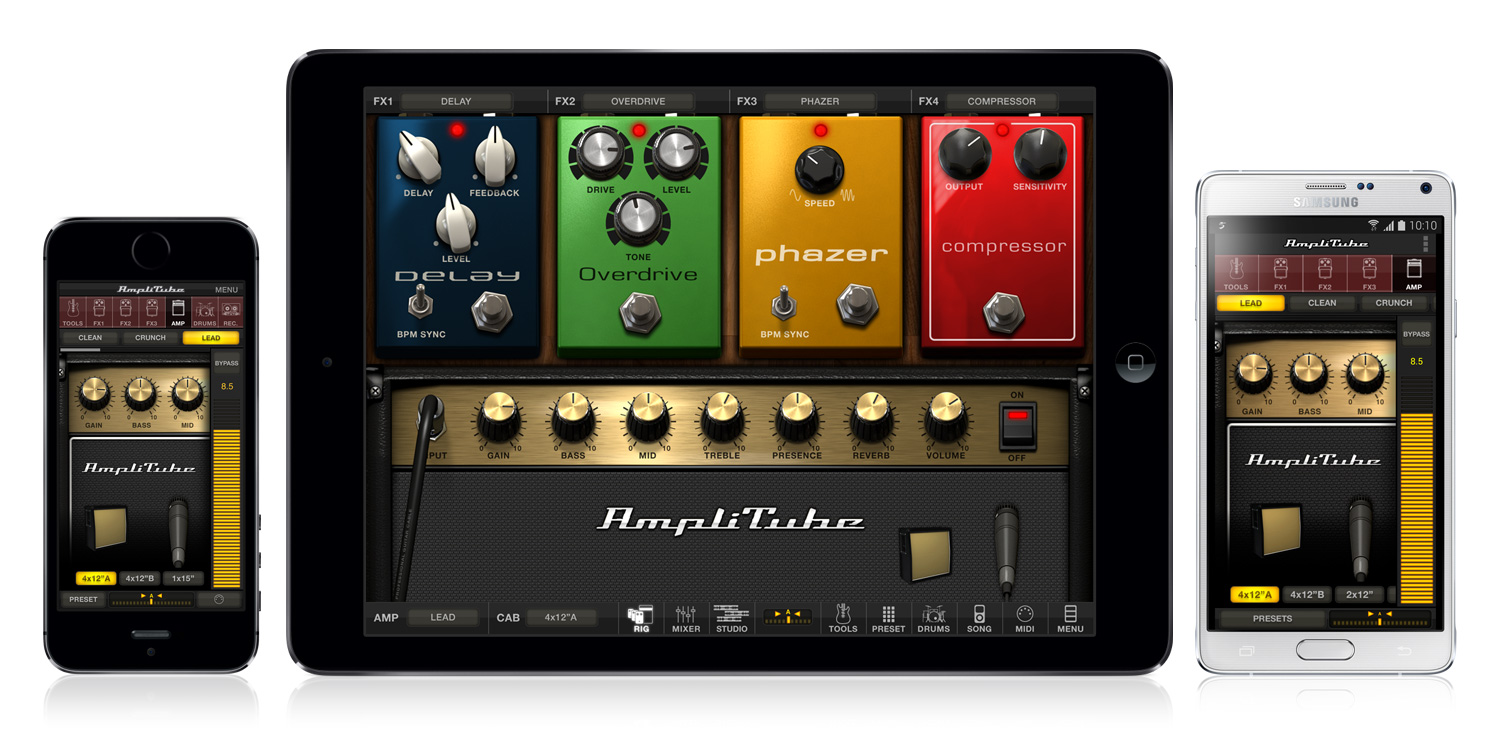