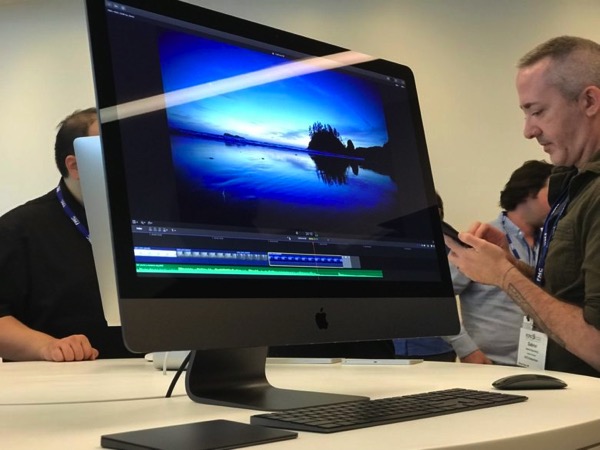 At the Final Cut Pro Creative Summit in Cupertino this weekend, Apple gave fans an early hands-on preview of the upcoming iMac Pro, which is slated to go on sale later this year. According to CultofMac, Apple demoed the iMac Pro along with Final Cut Pro X 10.4, allowing event attendees to see its “most powerful Mac ever” being used for 8K video editing and virtual reality experiences.

Hands on with the coming up iMac Pro at @Apple Campus. Amazing what can be done with that beauty. 4K, 8K, you name it. Can’t wait. pic.twitter.com/TFGMkT2JnE

Clearly targeted at users that need a serious amount of computing performance, the iMac Pro is not only Apple’s most powerful all-in-one computer, but is also the first black iMac ever. It will ship with an 18-core Intel Xeon processor and Radeon Pro Vega graphics, with the baseline model starting at US $4,999.

The latest Final Cut Pro X 10.4 is expected to launch later this year while the iMac Pro should hit the stores in December.