Tomorrow kicks off the Chinese New Year, also known as the Lunar New Year, and if you want to celebrate with friends and family using iMessage, Apple has a special effect for the holiday.

Similar to the fireworks effect when you send a message containing “Happy New Year” in iMessage, when you send “Happy Chinese New Year” or “Bon nouvel an chinois”, you’ll see a red fireworks show instead, and with haptic feedback. Your message text will also turn into yellow font on a red background. 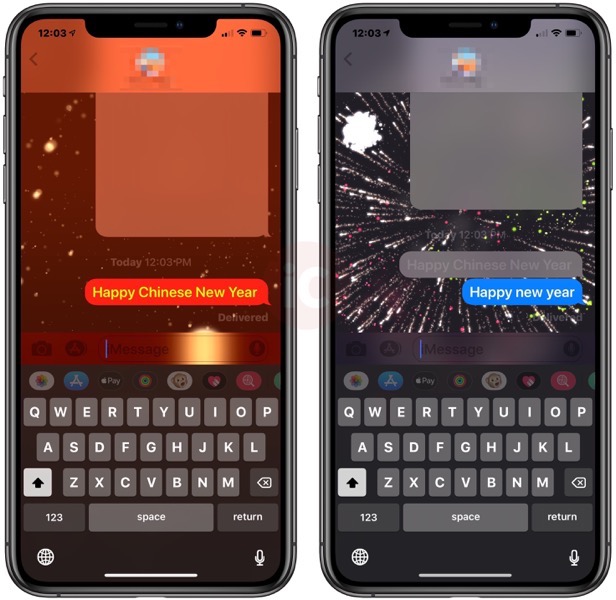 This Chinese New Year fireworks trick isn’t exactly new, as it was available as an Easter egg since 2017. You can also celebrate Chinese New Year with the red envelope and lantern emojis with iOS 12.

2019 is the Year of the Pig in the Chinese Zodiac calendar. You could also throw out some Animojis as a pig?