Instagram has today announced the launch of its new ‘Emoji Slider Sticker’, that lets you ask more nuanced questions when you want to find out how your friends feel about something. Like with the poll sticker, friends and followers will be able to respond to your slider as soon as you’ve added the emoji slider sticker to your story. 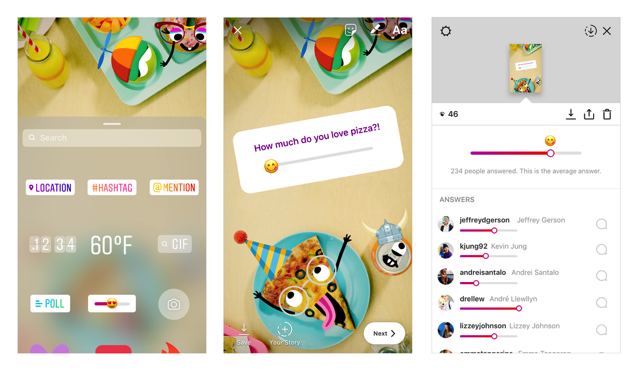 To add an emoji slider sticker to your story, simply select it from the sticker tray after taking a photo or video, place it anywhere you’d like, and write out your question. Now set the emoji that best matches your question’s mood. Users can either select from a few of the most popular emoji, or choose almost any other emoji from their library.

When you see an emoji slider in a story, just drag the emoji to the left or right and watch it animate as you make your decision. Release the emoji to set your response, and you’ll see the current average of how others have responded so far.

To learn more about the new emoji slider sticker, visit this link.