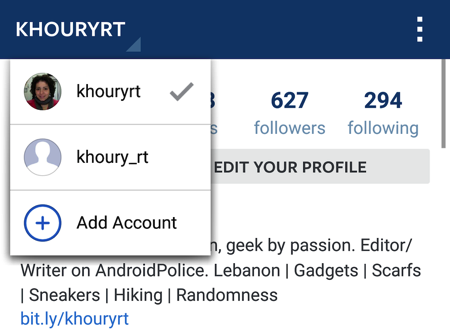 “The feature shows up on version 7.12.0 of the app (Android)…Head into the settings and scroll all the way down to the bottom of the list (yes, beyond About and Terms of Service). If you’re lucky enough, you should see an Add Account option below Clear Search History. Tap it and you’ll have the option to sign in with another account or create a new one from scratch”.

The source notes that the feature has been live for a while for some Android users, though it seems to be on a cloud rollout and some users with version 7.12.0 don’t see the Add Account option yet.

We’ll update you once we have news on the new feature’s rollout on iOS, if it does indeed arrive in the future.