Instagram’s Feed to Now Show ‘Recommended for You’ Posts

Get ready to start seeing ‘Recommended’ posts in your Instagram feed, as yet another change appears to be coming to the Facebook-owned social network.

A recent addition to Instagram’s Help documentation, as noticed by TechCrunch, details new “Recommended for You” posts, which will appear in your main Feed:

To hide these recommended posts, tap the three ‘dots’ menu above the post, then tap ‘Hide’. 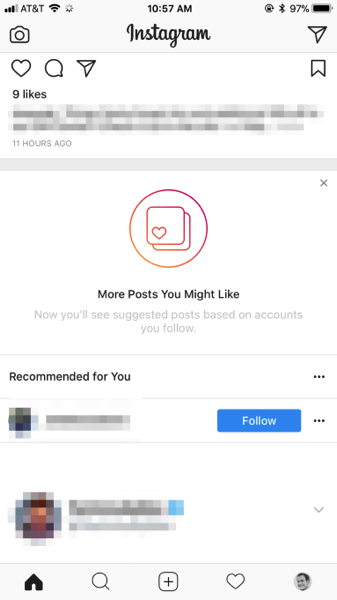 We’re not seeing these in our Instagram feed yet, but we expect them to appear soon. Some users, as expected, are not happy about this addition to Instagram and have vented their thoughts on social media.

Last year, Instagram made huge changes to their feed, changing it from chronological order to a new personalized feed based on algorithms, sorting images based on what a user may be interested in (and also causing people to miss out on posts from friends and businesses).

Earlier this month, Instagram launched a new feature to allow users to follow hashtags on their main feed.

Are you seeing these ‘Recommended for You’ posts in Instagram?

Last night, The Game Awards 2022 was held both virtually and in front of a live audience of industry personnel. The night was dedicated to recognizing the games and studios that helped shape the past 12 months.  Host Geoff Keighley worked with a number of publishers and development teams to pack the award show with...
Steve Vegvari
55 mins ago