According to TechCrunch, Instagram is rolling out a feature which will surely make marketers happy. The feature at hand is the ability to publish the same post to multiple accounts at the same time, just by using account toggles. 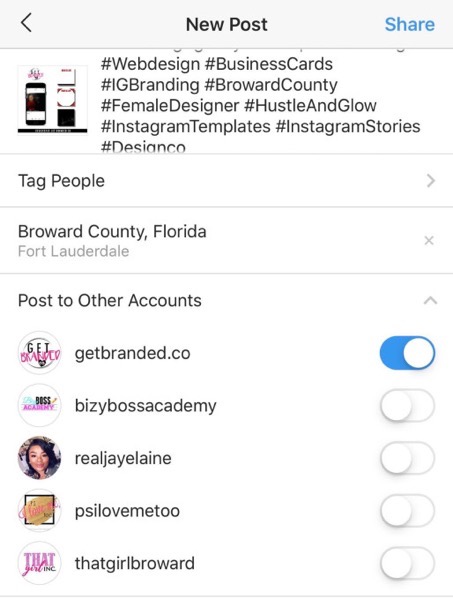 Instagram confirmed this feature is now rolling out for all iOS users:

An Instagram spokesperson confirms this option is becoming available to all iOS users, telling TechCrunch, “We are rolling out this feature to provide a better experience for people who often post to multiple accounts.”

What does this mean? If you follow social media accounts handled by the same marketing agency or company, you may see the same post or meme shared to your timeline, making things less original.

Back in September, Instagram said a ‘regramming’ feature was not happening and was just a rumour. Regramming would allow an account to ‘retweet’ someone else’s post on their own feed.

If you manage various accounts on Instagram, this new multiple account sharing feature could make your job much easier, instead of switching accounts all the time to post the same image.

Apple reportedly wants an easy way for people to build augmented reality apps, that might even be assisted by the company’s Siri voice assistant, reports The Information. Unnamed sources say Apple plans to let Siri build an AR app when asked through its upcoming mixed-reality headset. These apps would then be able to submit to […]
Gary Ng
4 mins ago