Instagram has just rolled out a new ‘Collabs’ feature, which allows users to co-author both Feed posts and Reels. A user simply needs to invite another account to be a collaborator from the tagging screen on Instagram (via TechCrunch). 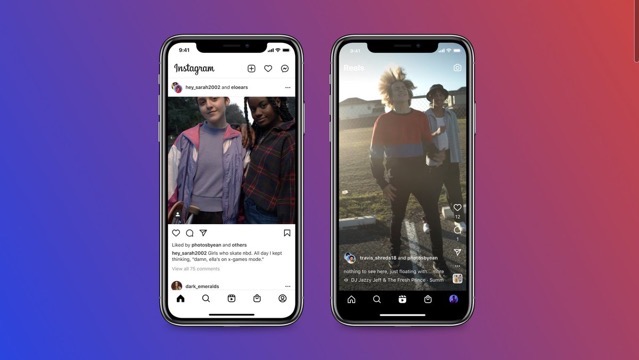 Once the other person accepts the collab invite, both accounts will appear in the post or the Reels header and content will be shared to both sets of followers.

The social network has announced a bunch of other new features as well, which will be introduced later this week.

On Wednesday, Instagram will also begin to test a new way to create fundraisers for nonprofits, with the introduction of a feature that lets you start the fundraiser directly from the creation button

On Thursday, Instagram will introduce two new effects called Superbeat and Dynamic Lyrics, which will help creators who edit and perform using music on Reels. Superbeat will intelligently apply special effects to music to the beat of the user’s song while Dynamic Lyrics will display 3D lyrics.

The Reels features will arrive alongside posting from the desktop, which will be limited to photos and videos less than one minute in length.