Instagram users will soon be able to search for GIFs from the Giphy database and overlay them onto their Instagram Stories. According to The Verge, users have been spotting a GIF library popping up in their Stories, suggesting the Facebook-owned company could soon announced its latest partnership with Giphy, which allows users to search for and share animated GIF files from its massive database. 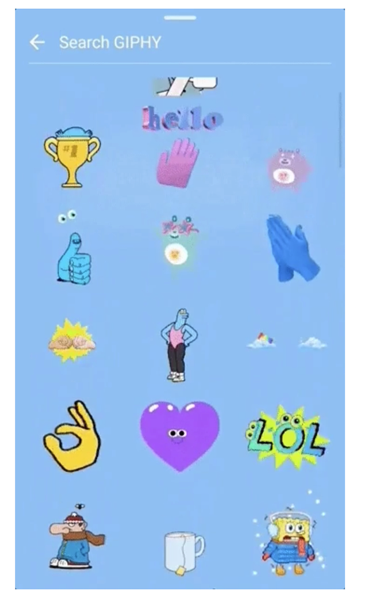 Facebook has been in partnership with Giphy since the company started allowing users to comment with GIFs using the Giphy search engine last year. The new Instagram feature was initially spotted back in November, and has been rolling out to users in Indonesia, the Philippines, and Brazil since then.

Compared to Snapchat’s AR lenses and Giphy’s efforts at its own AR apps like Giphy World, transparent-background GIF stickers you can place on Instagram Stories seems like a much better option that’ll be more widely adopted.

Netflix has made good on its warning of an impending crackdown on account password sharing in early 2023, explaining its new rules in a Help Center article (via The Streamable). According to Netflix's estimates, more than 100 million users across the globe use another person's Netflix account to access the service. Netflix hopes that implementing...
Nehal Malik
3 mins ago