A Reddit user has just managed to install and run macOS Catalina on their Steam Deck unit, making it the most portable macOS-running machine in the world (via The Verge). 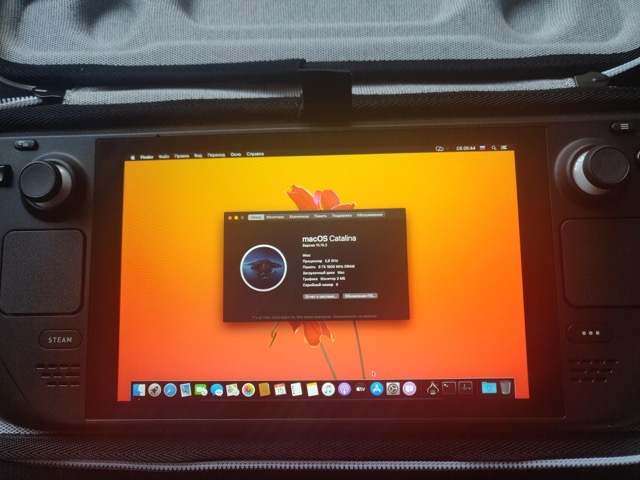 For those who aren’t familiar, the Steam Deck is a handheld gaming computer developed by Valve, which can be played as a handheld or connected to a monitor in the same manner as the Nintendo Switch.

The Steam Deck portable features a 7-inch screen and AMD APU chip. It’s worth noting that it comes with 16GB of RAM, which is more than the M2 MacBook Air has as standard.

Using a combination of SteamOS VirtualBox virtualization software, macOS Catalina is up and running on the 7-inch display with performance said to be “normal.”

Redditor u/Lampa183 apparently resorted the handheld to SteamOS VirtualBox to execute macOS Catalina. While the user managed to get a functional macOS on the portable gaming platform, he did mention that some animations are laggy and that it takes 2-4 minutes to boot the system.

Once the Steam Deck is powered on though, the user says the performance is “normal.”