Intel has today announced that it has bought Montreal’s PasswordBox service, in order to boost its security software business. According to The Globe And Mail, the Santa Clara-based chip maker, who rebranded security software maker McAfee as Intel Security Group after acquiring it for $7.7-billion in 2011, has not yet disclosed financial details of the deal. 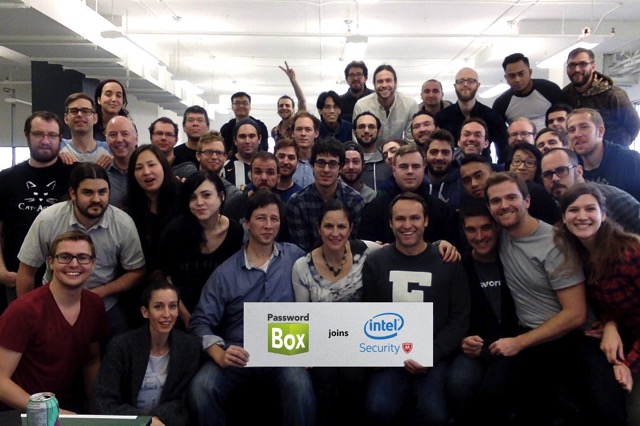 PasswordBox, a venture of Canadian entrepreneur and former radio host Daniel Robichaud, is a free password manager for iOS, Android, Mac and Windows based on a freemium model which allows users to store and sync up to 25 passwords. The app, which has been downloaded over 14 million times, is also the winner of the 2014 CES Mobile App Showdown.

To celebrate the acquisition, Intel Security is offering all new and existing customers a premium subscription at no cost, until the release of a new product from Intel Security.

“PasswordBox and Intel Security are working through the plans for all the exciting things we will do together.  For now, your PasswordBox will remain available as is, and as a gift. Enjoy access to all of the PasswordBox features and additional storage space during this time. Think of it as a thank you for your support while we look to the exciting next chapter.”

Intel’s acquisition of PasswordBox is effective immediately and all 48 employees of the start-up are now a part of the Intel Security Group.