According to a report by the Nikkei Asian Review, Intel has started producing modem chips for Apple’s iPhones set to drop later this year, while pledging to take the lead in 5G wireless communication after 2019. “I believe we’ve caught up and later we want to lead in 5G”, said Asha Keddy, Intel’s vice president of technology. 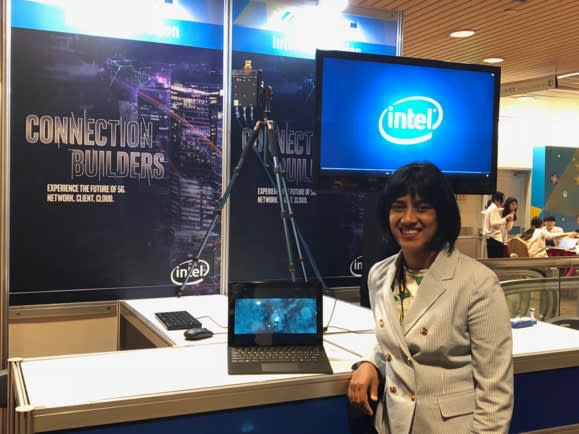 In a recent interview with the publication, the U.S. semiconductor company’s VP said, “XMM 7560 [modem chips are] now in the process of being deployed… It is in trial and mass production”, while adding the company is aiming to capture markets beyond personal computers.

Keddy highlighted that the XMM 7560 modem chip was a “milestone” for her company, as it supports code division multiple access, or CDMA, a type of communications technology. The chip is also Intel’s first product set to reach data download speeds of up to 1 gigabit per second.

“Keddy’s comments came as most market watchers believe Intel could secure a majority of orders to provide its latest modem chip, the XMM 7560, for the new iPhones, which will debut later this year. But some are cautious that the chipmaker is currently suffering some quality issues. Intel began supplying some modem chips for the iPhone 7 range from 2016 onwards, and continued to gain market share in providing these components to the iPhone 8 range and iPhone X last year.”

Intel is said to be producing modem chips for Apple in-house for the first time, although it is still suffering from some “unidentified quality issues”, which is why it may still need to split iPhone modem orders with Qualcomm like last year.