Apple has released sixth betas of iOS 10, tvOS 10 and watchOS 3 for developers this morning over-the-air, which comes only six days after beta 5 was released. The update comes in as a 78MB update for the iPhone 5s, so it’s not exactly a huge update: 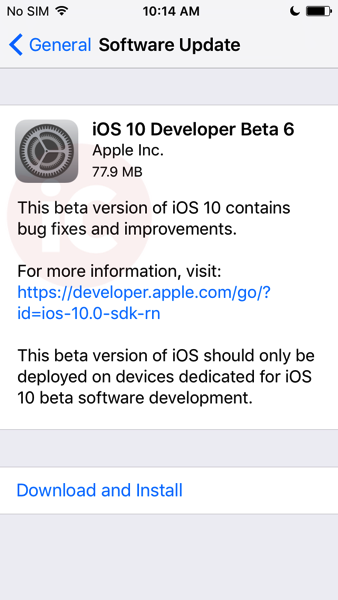 Most likely another beta of macOS Sierra will drop too, to keep pace with iOS, tvOS and watchOS.

Update: Yep, macOS Sierra beta 6 is out, along with Xcode 8 beta 6 as well:

Beta 5 continued Apple’s refinement of iOS 10, as its fall release is upcoming, expected to be announced on September 7th, the rumoured date of Apple’s ‘iPhone 7’ announcement.