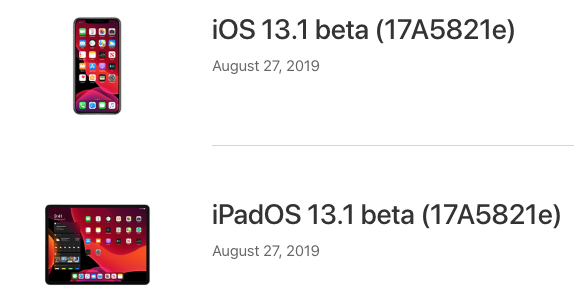 Apple has released iOS 13.1 beta for developers today, skipping iOS 13 beta 9 it appears? Below is a list of what’s available for developers right now:

No word on what’s new yet, but some who have installed iOS 13.1 beta have seen some tweaked dynamic wallpapers.

As expected, iOS 13.1 restores Shortcuts automations and the ability to run shortcuts inside the Home app. Automations set up earlier this summer have been restored too. pic.twitter.com/GC0k2mXLJL

The latest video from Mrwhosetheboss reveals some Samsung smartphones are suffering from a swollen battery issue. Samsung dealt with a Galaxy Note 7 fiasco in 2016, when batteries for the smartphone were catching fire worldwide. Now, it appears some older Samsung phones are seeing batteries swell up, even when off and in storage. The tech […]
Gary Ng
60 mins ago