iOS 13.4 Set to Release This Week, to Feature Alipay Integration, iCloud Sharing [u]

Apple’s newest iOS 13.4 update could roll out to everyone on Tuesday, March 17, according to leaked Alipay marketing materials (update: the image has turned out to be fake; the original story is as follows). 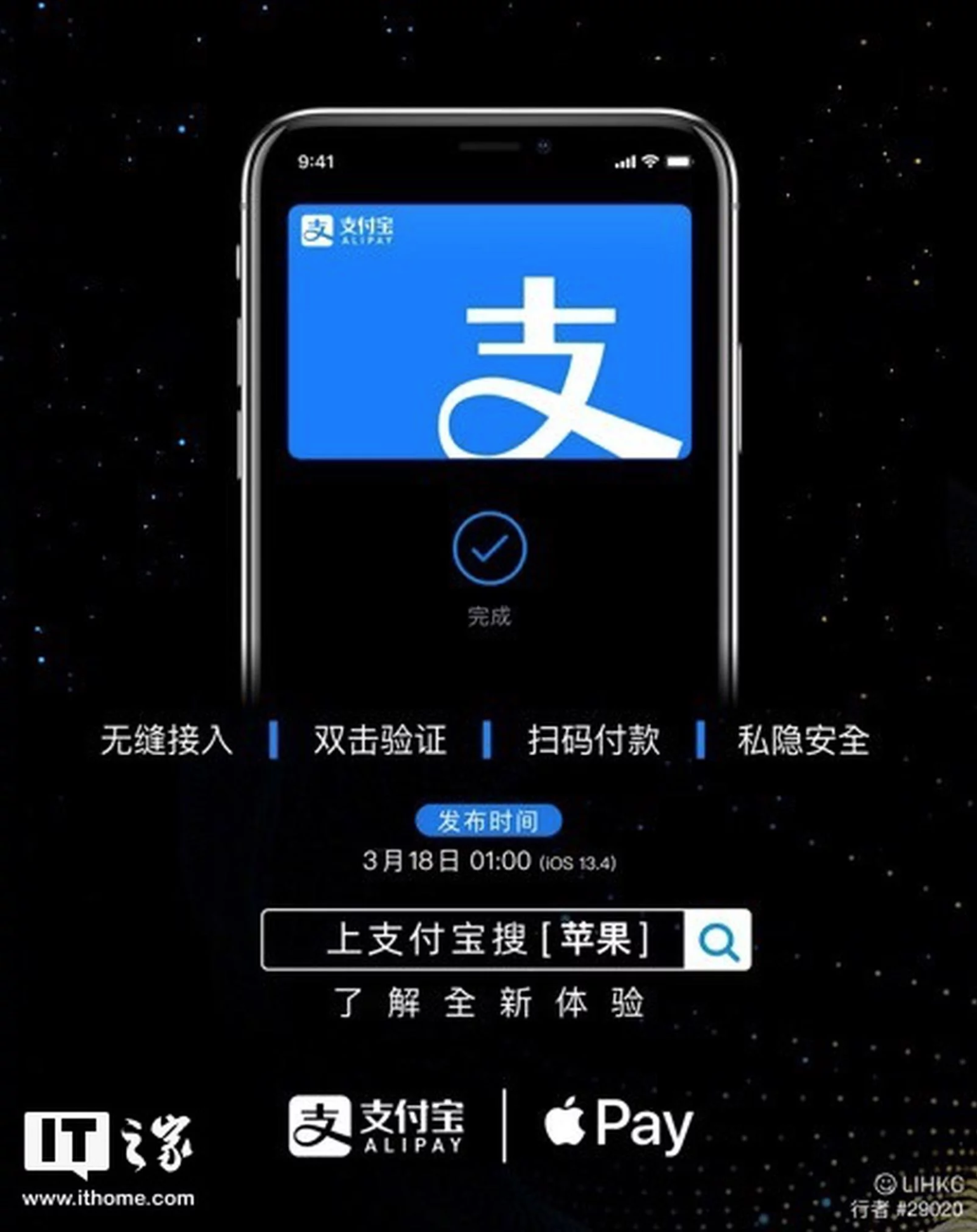 A new report from MacRumors said that iOS 13.4 will be officially released on Tuesday, according to AliPay marketing materials which claim Apple will roll out the update on March 18 in China, indicating a March 17 release in the United States. The marketing material was later found to be fake, but nonetheless the update is expected this week.

Alipay is a mobile payment platform owned by the Alibaba Group. It’s available in many countries and boasts more than 1.2 billion users worldwide, but it’s particularly huge in China, where it commands more than 50 percent of the market.

With iOS 13.4, Apple will also probably finally introduce the long-awaited iCloud sharing function, which users can use to share folders on their iCloud Drive with other users. The feature was announced last summer. Also new are CarPlay features, which enable, among other things, the wireless opening of cars via iPhone.

Update: MacRumors has updated its story to note the AliPay image is fake, but iOS 13.4 is still rumoured to release this week either on Tuesday or Wednesday.