Apple has released iOS 13 Public Beta 6 for download, made available shortly after the release of iOS 13 beta 7 this morning for developers. 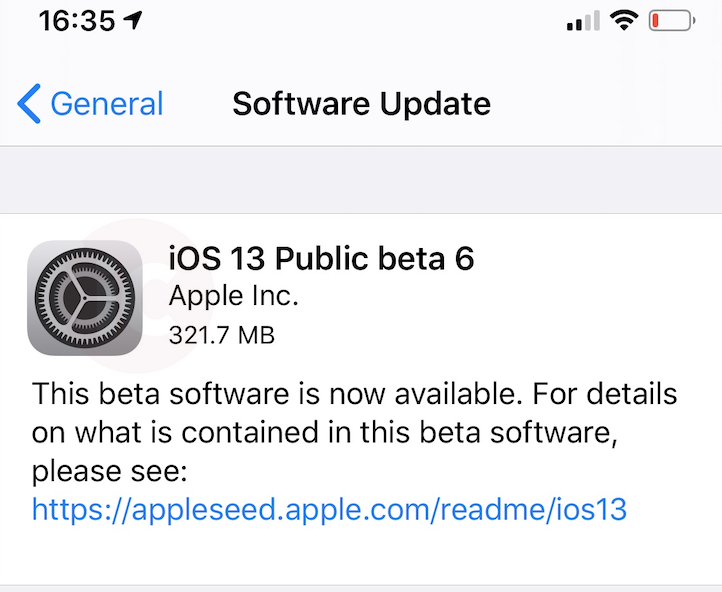 Previously, Apple would release Public beta versions the next day, but now we’re seeing them made available the same day, suggesting iOS 13 beta is nearing its public release.

Earlier today, it was suggested Apple could release news about iPhone 11 on September 10, as hinted by iOS 13 beta 7. The beta also included a wallpaper with the date of September 23, hinting this may be the public release date of iOS 13.