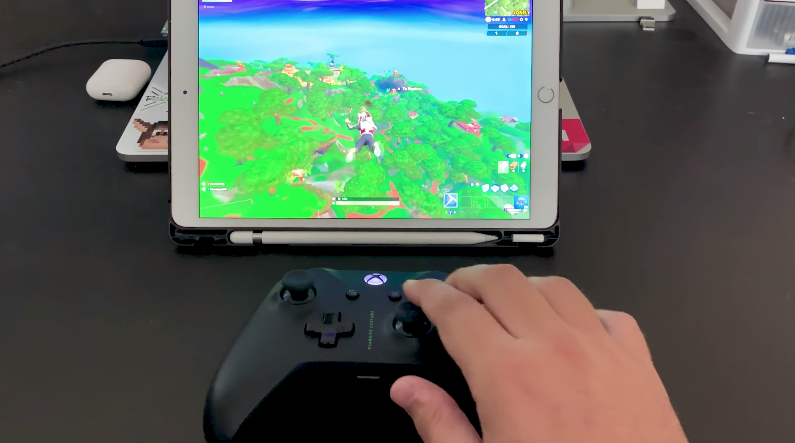 At WWDC, Apple announced tvOS 13 would bring support for Xbox and Playstation controllers to connect to Apple TV for gaming, setting the stage for this fall’s launch of Apple Arcade.

The ability to connect an Xbox or Playstation controller is not just limited to tvOS 13, as it’s also possible in iOS 13 and iPadOS.

One Reddit user has shared a video demonstrating how easy it is to connect your Xbox controller to a 10.5-inch iPad Pro and play Fortnite.

The process is the same for a Playstation controller–just hold the Playstation button and share button until the light bar flashes.

Once connected, you’ll be able to use the Xbox to play iOS games which support MFi, including Fortnite, Asphalt 9: Legends, and more. Here is a list of support MFi iOS titles.

Connecting the controller was “even easier than connecting your controller to your Xbox honestly”, says the Redditor. There is no need to own an Xbox or Playstation for this process to work, you just need to have one of these Bluetooth controllers.

Google has joined forces with consumer advocacy group OpenMedia to oppose the Liberal government's controversial Online Streaming Act, also known as Bill C-11. The Liberals tabled Bill C-11 in February as an amendment to the Broadcasting Act. It is designed to give the Canadian Radio-television Telecommunications Commission (CRTC) regulatory authority over online streaming platforms, the...
Nehal Malik
57 mins ago