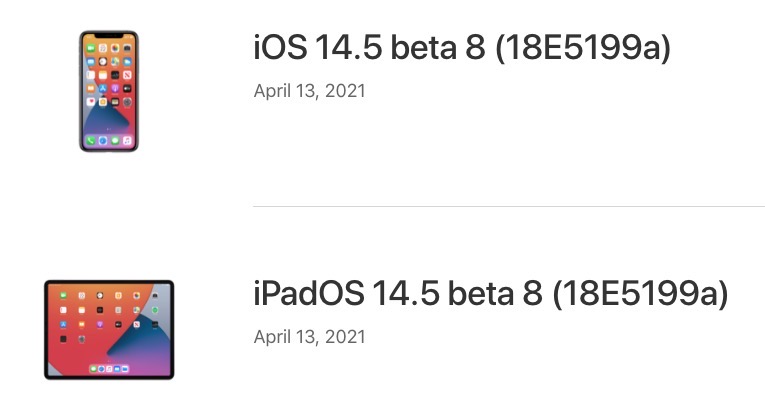 Apple has released iOS 14.5 beta 8 for developers, alongside similar beta builds of iPadOS and macOS Big Sur 11.3 beta. Check out what’s available below:

Public beta testers should see updated versions as well. With Apple making everyone wait until beta 8, it’s likely the final builds will be released next week.

Earlier today, Apple announced a special event set for Tuesday, April 20, 2021. It’s likely the company will announce final release candidate builds of its latest beta software on that day, which is expected to unveil new iPad Pro models and more.

Just like beta 7, iOS 14.5 beta 8 is a very minor update with just a few updates to background daemons from what I can tell. Nothing to see here.