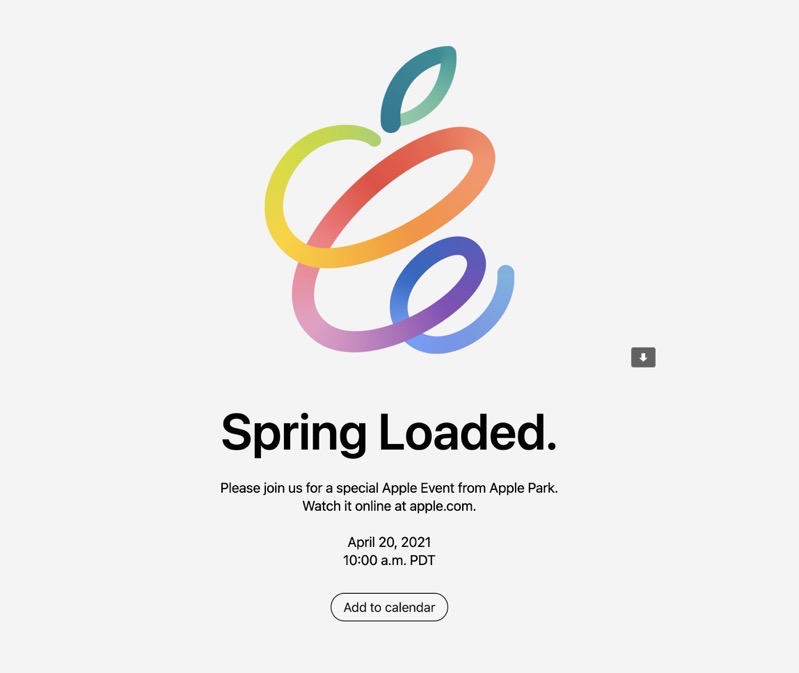 Apple has officially announced it will be holding a special event on April 20, 2021. The event comes with the tagline, ‘Spring Loaded’. Start dissecting that event invite image, folks.

Earlier today, Apple’s Siri leaked that a special event was slated for April 20, and now it has come true. The event will be streaming on Apple.com at 10AM PDT/1PM EDT.

Apple is expected to unveil new iPad Pro models, with the high-end 12.9-inch version to include a new MiniLED display, which is said to be in short supply.

So excited for this one! Only seven more days. 👀 pic.twitter.com/PVJFcESqh8