A new concept video shows what the next iOS generation could look like on iPhone. 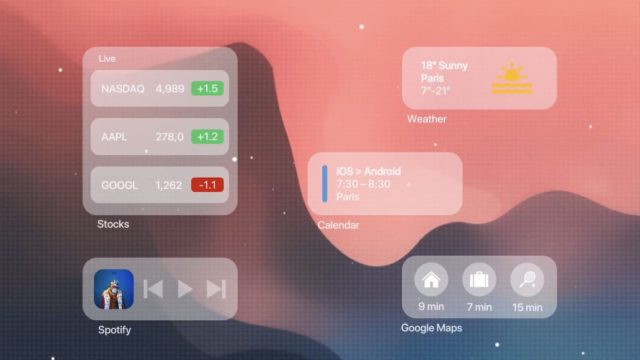 The iOS 14 concept video is from the Hacker 34, who regularly dreams up suggestions for Apple developers. The signature feature of this latest one is home screen widgets. And it’s not coming out of the blue — an image supposedly giving a small glimpse of how widgets will look in on a future iPhone leaked April 7. It’s worth noticing how widgets expand when tapped and reveal details about the particular app.

Also seen is a macOS styled Dock that can be accessed by swiping across the screen. You also get to see the drag and drop option, minimized call screen, an emoji bar that resides right below the keyboard, and a slick picture in picture mode with video float bar.

Apple will likely announce iOS 14 alongside iPadOS 14 during its online WWDC event in June. We’d also expect early developer betas to be made available at the same time, too.

Besides home screen widgets, other upcoming features have leaked out too. There will reportedly be a built-in augmented-reality viewer, a list view of apps on the home screen, iMessage unsend, and more. Development on the new operating system is reportedly on track — although Apple engineers are having to work from home.