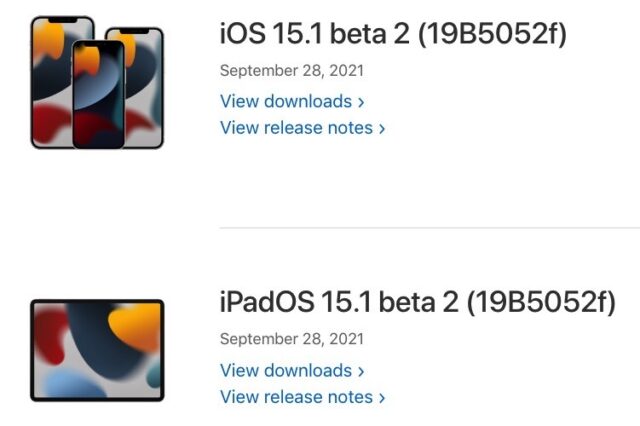 Apple has released new software betas for developers, including iOS 15.1 beta 2 and more. Check out what’s available below:

No word on what’s new in these releases, but stay tuned. Equivalent versions for Public Beta testers should be made available later today or tomorrow.

When iOS 15.1 is released, you’ll be able to save your vaccine passport/QR code to the Health app on iPhone and Wallet app, too.