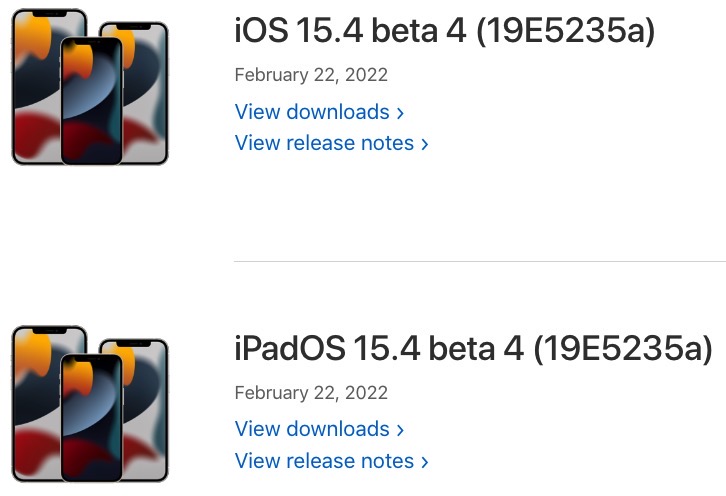 Apple has released new software betas for developers on Tuesday, which includes iOS 15.4 beta 4 and more.

No word on what new features are available yet, but Apple did note there are some issues related to the Health app, Home app and more in its release notes for iOS and iPadOS 15.4 beta 4. Expect public beta equivalents to be released later today or tomorrow.