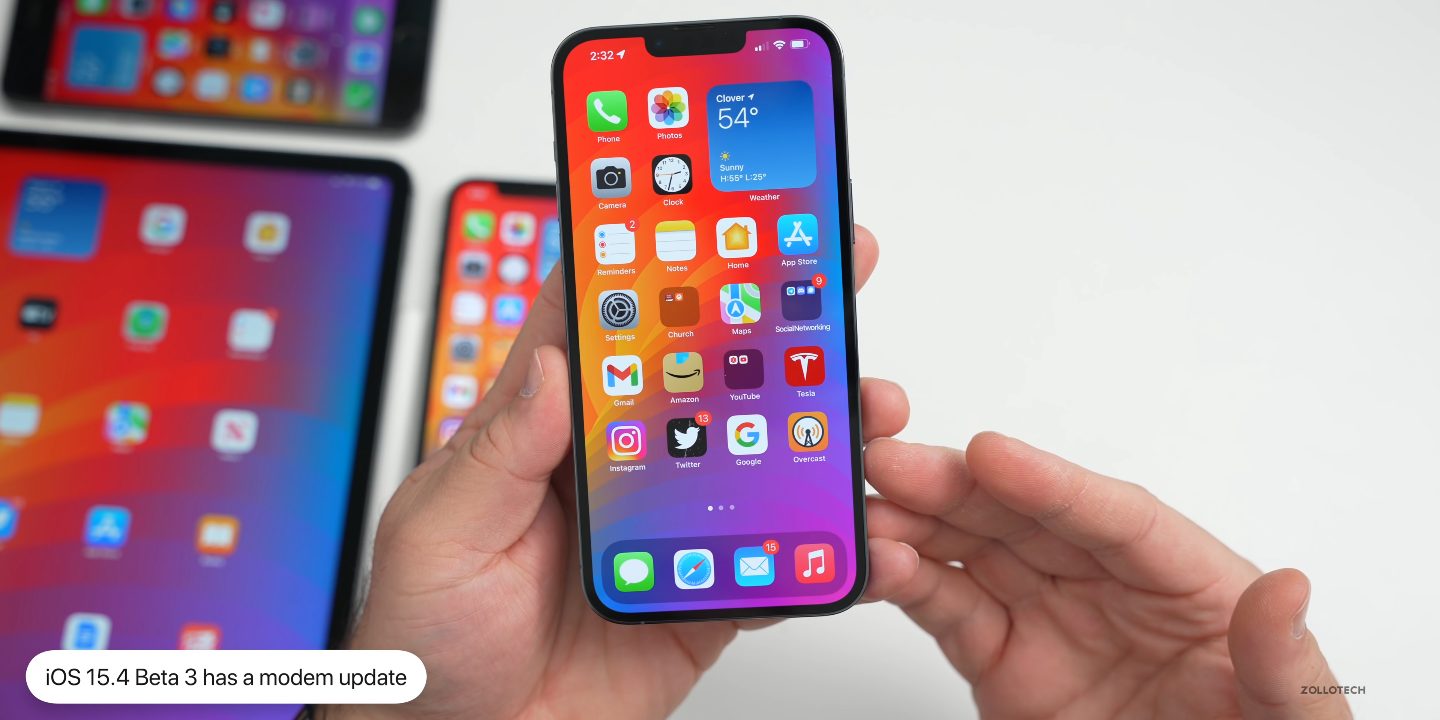 Tech YouTuber Zollotech breaks down all of the new features and changes that ship with iOS 15.4 beta 3 in a recent video.

Beta 3 comes with a modem firmware update, and some of the most significant additions/changes in the build include:

iOS 15.4 beta 3 fixes an error that users in France, Ireland, and Singapore were seeing when adding an EU digital health certificate in the Health app. The same issue was fixed for users in some other countries in iOS 15.4 beta 2.

There are a total of 13 known issues in iOS 15.4 beta 3, and the Apple Music bug that causes high CPU battery usage while streaming audio in the app still persists. Performance on the latest beta is good, and battery life appears to be better than it was on iOS 15.4 beta 2.

Equivalent public beta versions should be out soon for testers.

Last week, Apple released iOS 15.3.1 to the public as a minor upgrade to iOS 15.3 with “important security updates.”