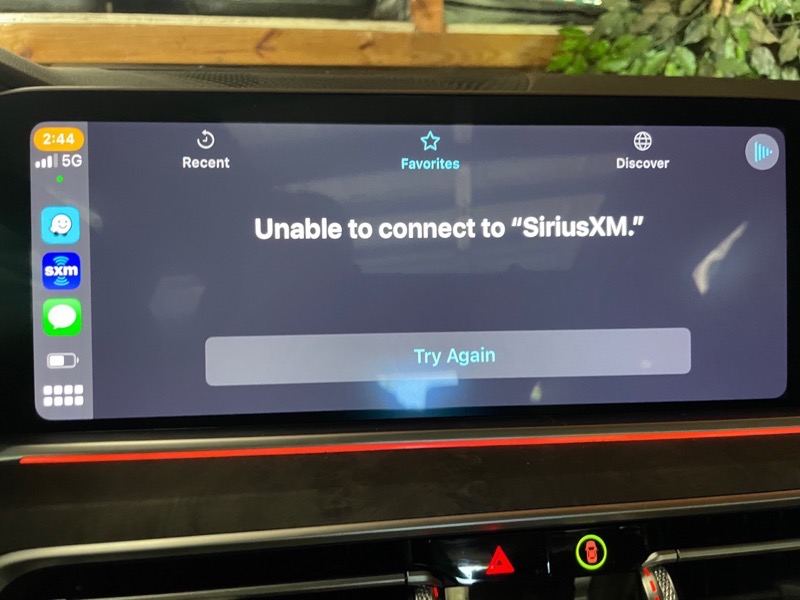 According to iPhone in Canada reader T, many apps in iOS 15 just aren’t working properly in CarPlay. This includes music streaming apps such as SiriusXM, iHeart Radio, Google Play Music and Amazon Music. Of course, Apple Music works fine in iOS 15 and CarPlay.

Terry pointed us to this Apple Communities thread, where many iPhone users cite CarPlay is not loading music streaming apps on their OEM dash units, plus third-party CarPlay units from Kenwood, Sony and Alpine, for example.

When users try to launch SiriusXM, for example, the message “Unable to connect to “SiriusXM”” appears.

Apple has already released iOS 15.1 beta for developers and public beta testers, so let’s wait and see if these issues are addressed in the upcoming update. Usually, with any major iOS and iPhone release, there are always bugs, so it’s best to be patient when it comes to updating your devices around this time of the year.

Are you dealing with any Apple CarPlay issues in iOS 15? Let’s hope a fix comes soon to address these broken streaming audio apps, because for some, they are the only thing to pass the time on commutes and travel while in the car.

Update Sept. 28, 2021: According to T, iOS 15.1 beta has fixed this CarPlay issue with apps not streaming music properly.