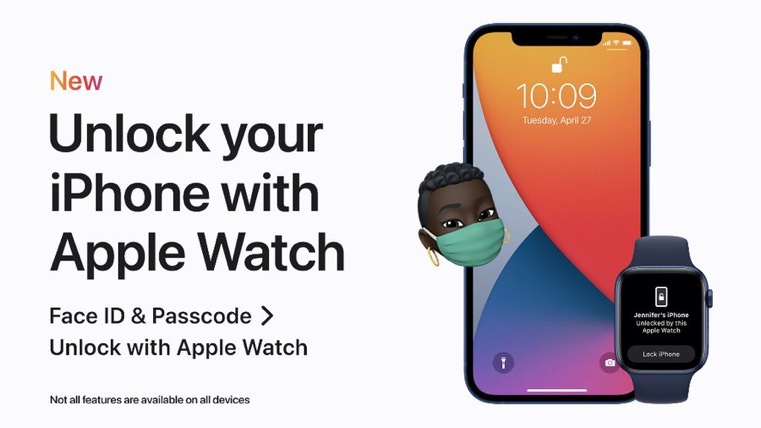 When masks got in the way of Face ID on the iPhone, Apple introduced the ‘Unlock with Apple Watch’ feature in iOS 14.5 and watchOS 7.4, allowing users to handily unlock their iPhones with their Apple Watch (as long as it’s close by).

However, iPhone 13 users were disappointed to uncover that the feature is broken on Apple’s latest and greatest iPhone.

Early customers have been reporting a number of software bugs following the launch of the iPhone 13 and 13 Pro series on Friday, among which are connectivity issues between the iPhone 13 and the Apple Watch. Unlock with Apple Watch not working is, quite possibly an extension of those issues.

Those affected by this problem are either unable to set up Unlock with Apple Watch, or see an error message that reads, “Unable to Communicate with Apple Watch” when they try to unlock their iPhone 13 while wearing a face mask or other covering.

In a support document published earlier today (via MacRumors), Apple acknowledges the issue, and says that it will be fixed in an upcoming software update. Apple did not provide an ETA for this software fix, but the company does have a number of software problems with the iPhone 13 to patch.

In the meantime, Apple advises affected users to disable the Unlock with Apple Watch feature in the Settings app under Face ID & Passcode, and unlock their iPhone 13 using their passcode instead.