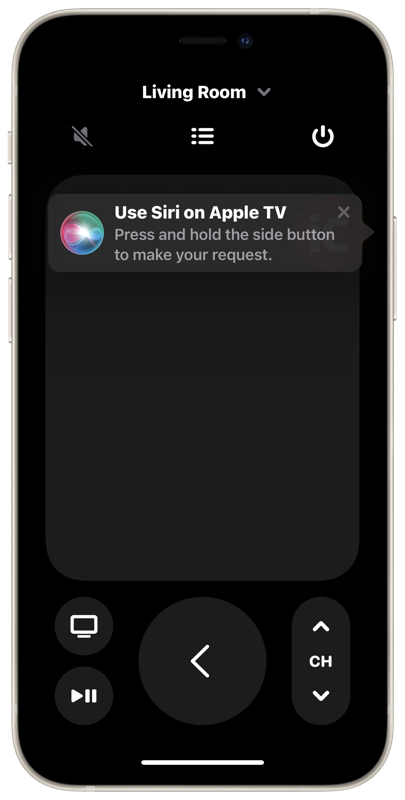 The new Apple TV Remote has some slight changes versus the old remote app in iOS 14. For starters, the iPhone Sleep/Wake button now summons Siri, similar to the location of the dedicated button in the new Siri Remote for Apple TV 4K.

“Press and hold the side button to make your request,” explains the pop up message.

Also new is a list button (not sure what this does yet), underneath the dropdown menu to select from multiple Apple TVs in your home.

Below is the existing Apple TV remote app in iOS 14 for reference (also gone is the ‘swipe to navigate’ message):

The Apple TV remote app can be added to Control Center on your iPhone or iPad via Settings, so you can easily control your Apple TV with your device instead of the remote. The app is handy for typing in searches and logins, but in tvOS 15 you’ll be able to sign into apps with Face ID or Touch ID.