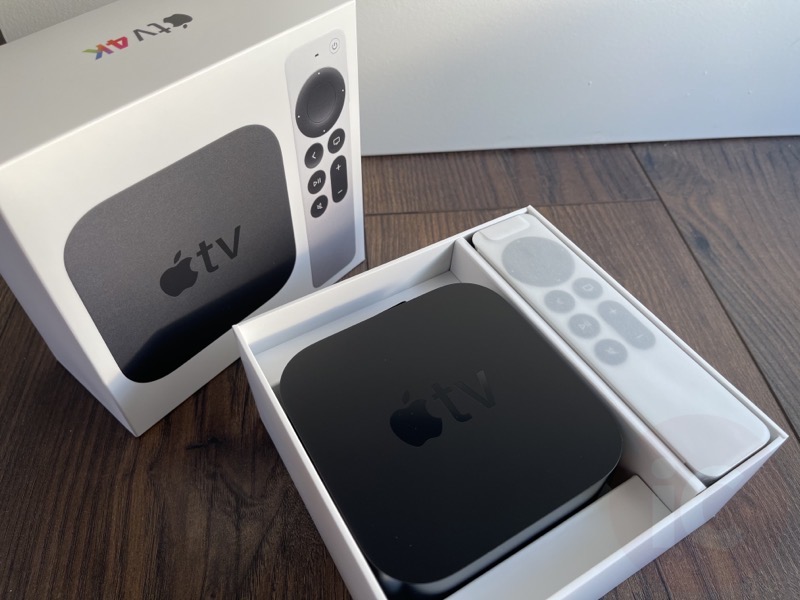 Six years for a new remote

What’s in the Box 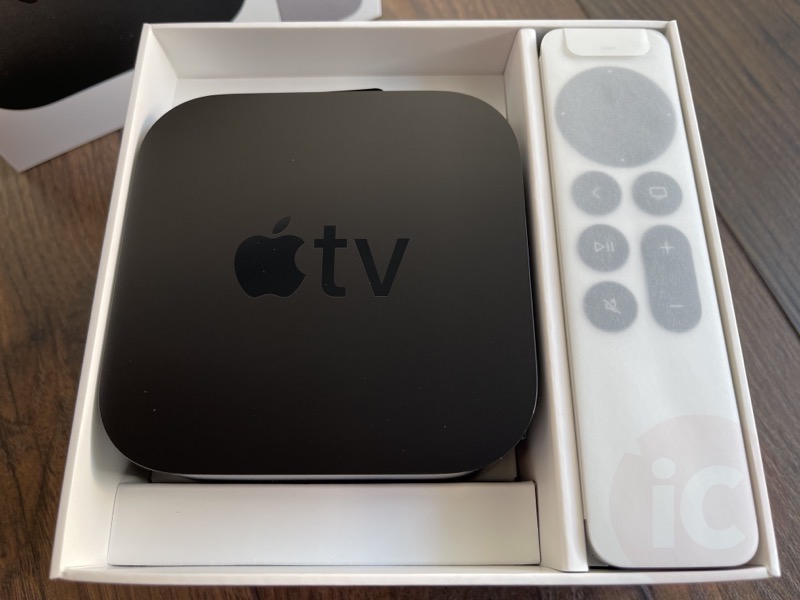 Here’s what you’ll get inside the box below: 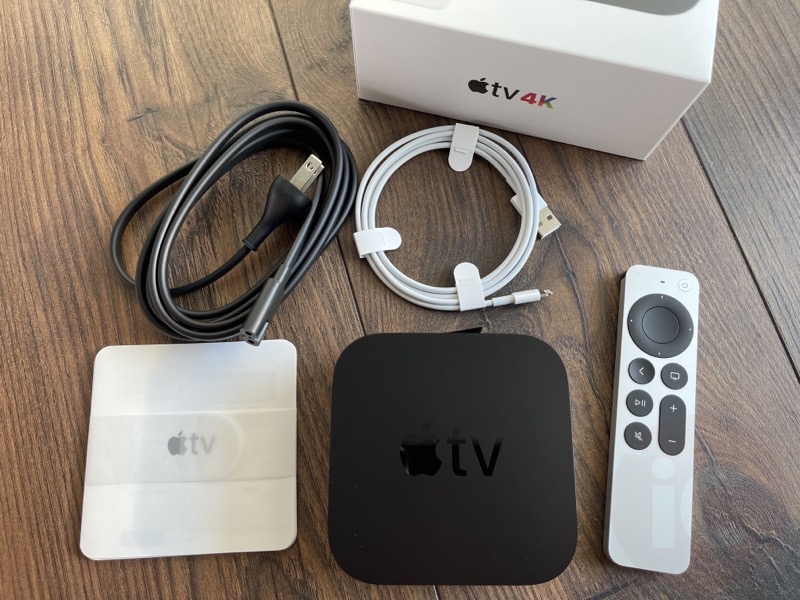 Compared to the previous Apple TV 4K, nothing major is new in the box, aside from the redesigned Siri Remote.

The new Apple TV 4K is powered by Apple’s A12 Bionic, which first debuted in the iPhone XS/XS Max and XR in 2018. This is an upgrade over the A10X Fusion in the previous Apple TV 4K and will help boost performance further when playing games within Apple Arcade.

Looking at the Apple TV unit itself, it’s identical to its predecessor.

2021 Siri Remote: The Design We’ve All Been Waiting For

Let’s be honest—the previous Siri Remote was terrible. It was too small and thin, which made it easy to lose in the couch. The button design made it impossible to pick it up facing the right way. The touchpad button was prone to accidental touches on pickup and scrubbing to find scenes was a pain.

Fast forward six years of remote ‘hell’ and we have the new Siri Remote. This thing finally feels like a substantial remote, along with a design that lets you know exactly which way to pick it up.

There’s a microphone for Siri at the top, next to a dedicated power button. The multi-directional clickpad works in all directions, plus its surface is a giant trackpad. We have a back button, a TV/Home button, Play/Pause, mute button and volume controls.

You can still turn your Apple TV off by pressing and holding the TV/Home button. 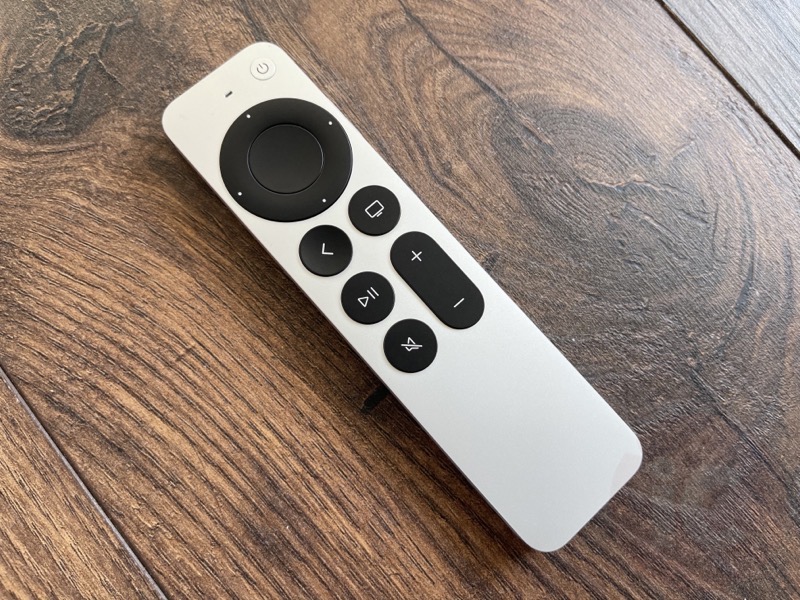 One major change is the Siri button, now located on the right side: 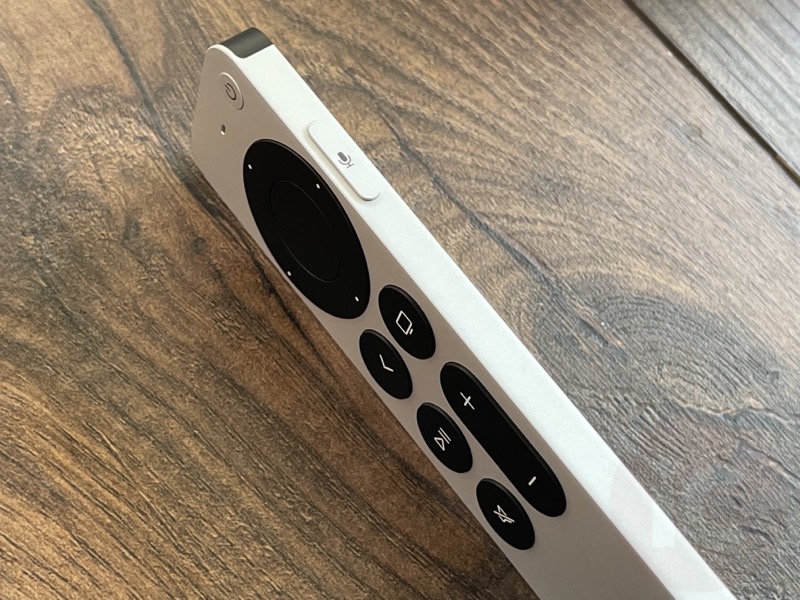 From the bottom, we see the Lightning port for charging. This view offers the best look at just how much thicker this new remote is: 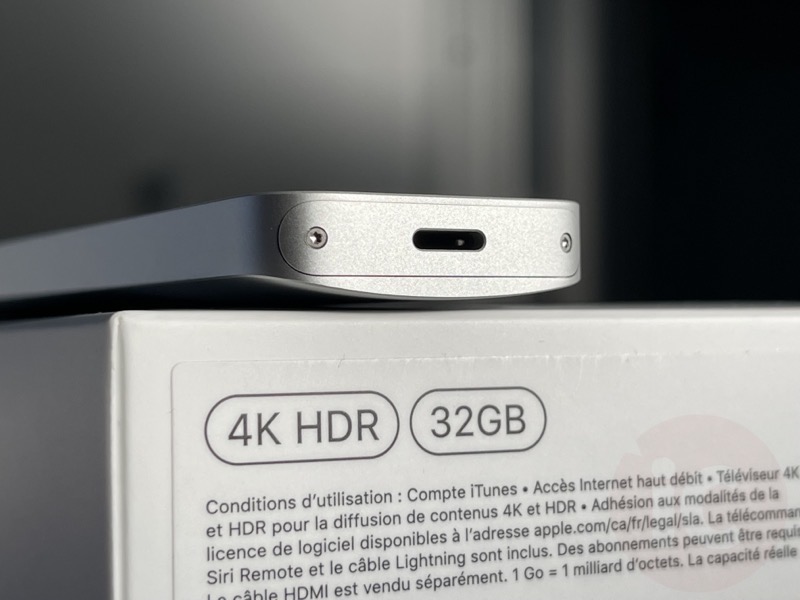 Here’s a closer look at the buttons: 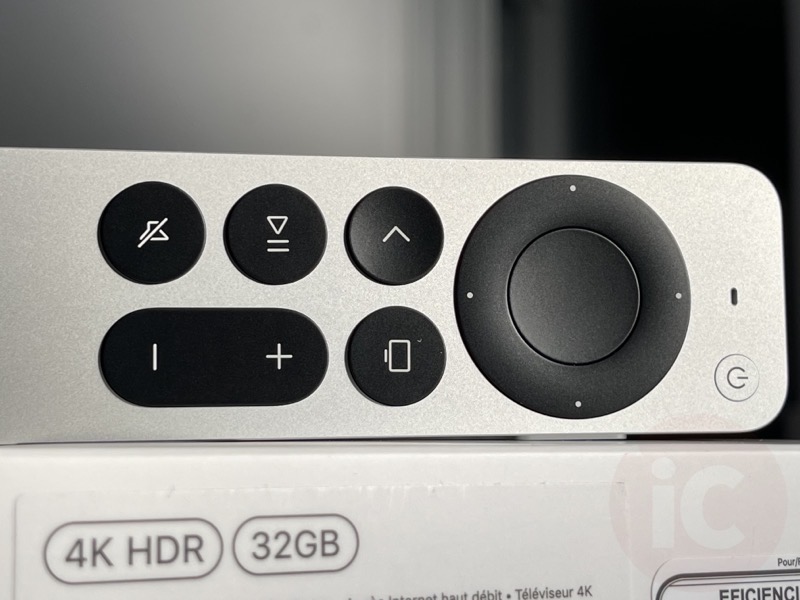 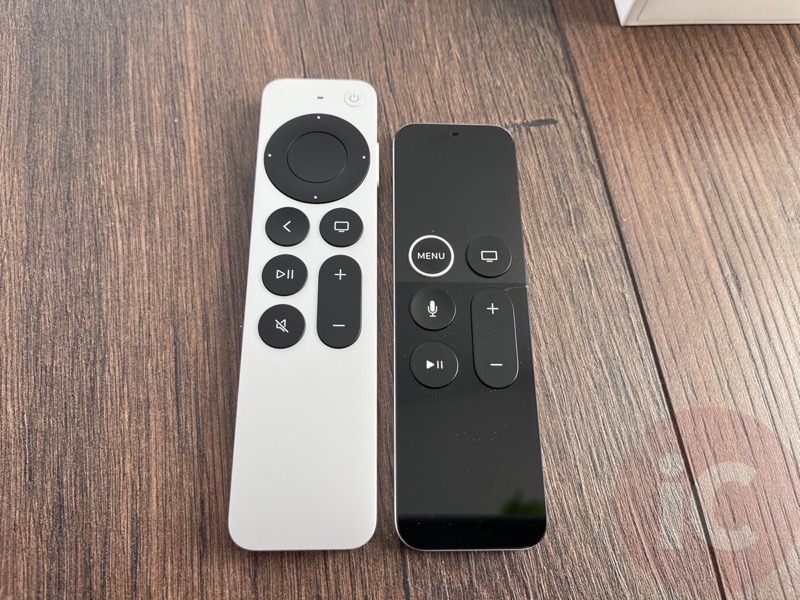 Here’s the view from the side–the new Siri Remote is much thicker: 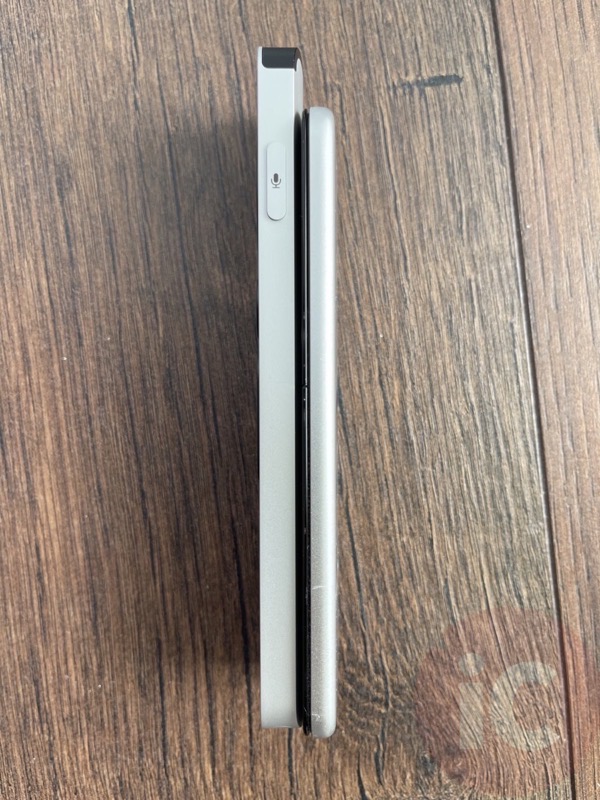 The new Siri Remote is taller and the IR sensor is on the front: 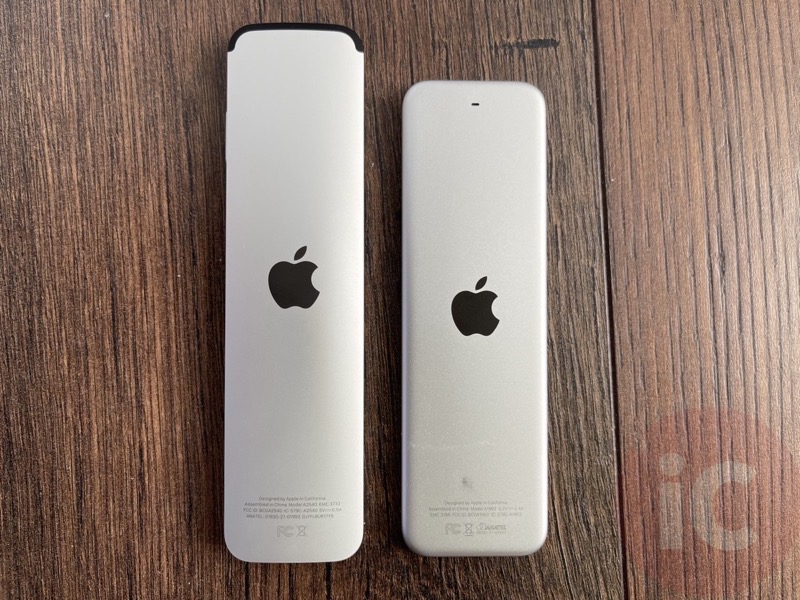 Here’s how the remotes compare on the bottom by the Lightning port: 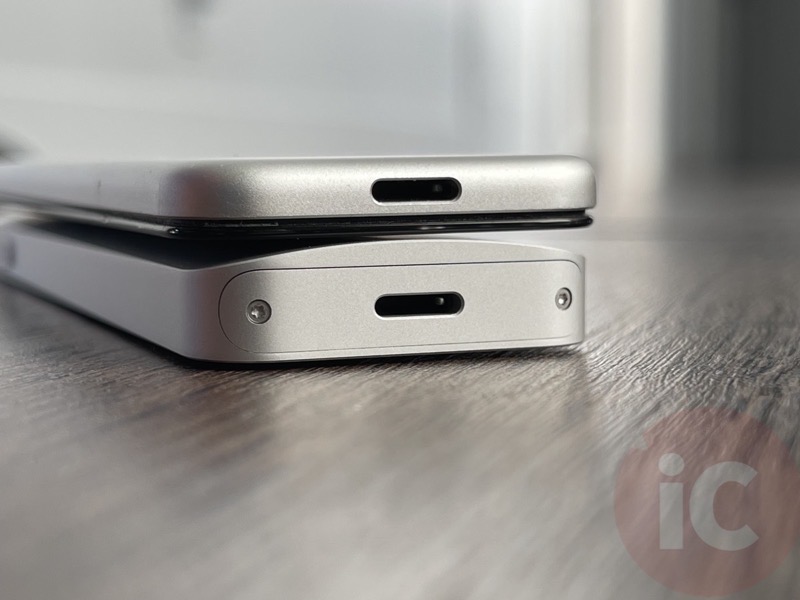 Sadly, Apple didn’t implement its Find My tech for the new Siri Remote (although it’s being hinted?), which is baffling and would have been a great selling point.

But that’s fine Apple, I’ll just use masking tape and attach an AirTag on myself (MacGyver would be proud). Hey, desperate times call for desperate measures, folks #ghettofabulous: 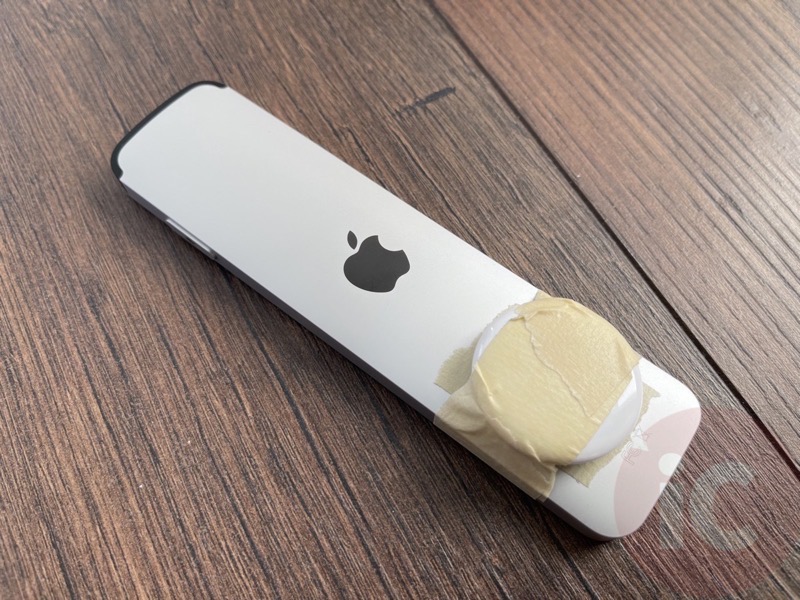 Look ma, I know how to use an AirTag!

Setting Up and Watching the Apple TV 4K

Apple has made it really easy to setup an Apple TV 4K. All you need to do is hold your iOS device next to your Apple TV after the latter’s been plugged in and turned on. Your Apple ID, Wi-Fi and other iCloud settings will transfer over.

Since AirPlay now also supports high frame rates, the video your shoot on your iPhone 12 Pro at 60fps will play as intended on the new Apple TV 4K.

What’s also new is the support of HDMI 2.1 and eARC, which lets you quote all your audio through HomePods (which have been axed?!) with your compatible TV, including your gaming consoles and other peripherals, for example.

Apple TV 4K (2021) feels just like our previous Apple TV 4K when watching content. We aren’t watching a lot of high frame rate content as the support just isn’t there yet.

If you’ve used an Apple TV before, you should know by now it’s one of the best streamers out there. You have popular apps such as Netflix, Disney+, Apple TV+, Crave, TSN, Rogers, CTV, Sportsnet and more.

Video quality-wise though, everything looked beautiful as ever on our LG C9 OLED TV hooked up to a Sonos Arc soundbar that supports Dolby Atmos. Business as usual from the solid Apple TV 4K.

But what we really enjoyed the most was the Siri Remote and its ease of use. It’s easy now to press the clickpad to open the exact app, or also use the touch controls. Scrubbing content can be done by just touching the click wheel like you used to with your original iPod.

Siri search is still a hit and miss. Sometimes results said they were only available to rent in iTunes, when it fact shows or movies were available to stream inside our existing streaming services. So be sure to do a manual search and check inside respective apps before you hit ‘rent’ or ‘buy’.

Pricing remains the same for the 2021 Apple TV 4K, priced from $229 CAD for the 32GB version and $249 for the 64GB. Extra storage is handy if you download a lot of games for example. If you want to save a few bucks, wait for these new units to hit the Apple.ca refurbished store.

Should you upgrade from your existing Apple TV 4K? Well, you’re not going to see huge changes. But if you’ve been holding off with an older Apple TV, it will be worth it. You can always buy a standalone new Siri Remote for $69 CAD, as it also works with the older Apple TV 4K and Apple TV HD.

Overall, the Apple TV 4K (2021) feels snappier, the new Siri Remote is excellent and the streaming device continues to be one of the best streaming boxes available, if you’re willing to pay for it. Now let’s wait and see what changes will be coming to tvOS at WWDC next week.