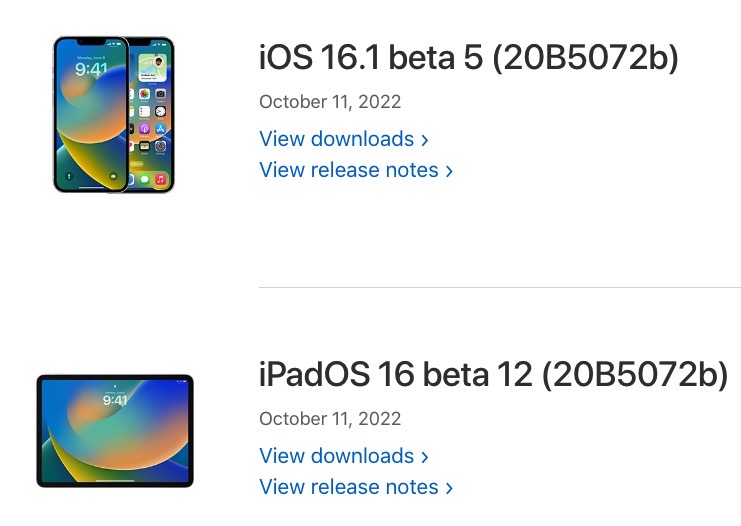 Apple has released a new round of beta software for developers, including iOS 16.1 beta 5, while iPadOS 16 hits beta 12, ahead of its October release.

Again, it looks like watchOS 9.1 beta is delayed, and will likely drop tomorrow or later this week. Equivalent public beta releases should be out today or tomorrow.

Apple is set to release iPadOS 16 and macOS 13 this month and if rumoured iPad and Mac updates are coming, the software should follow shortly.