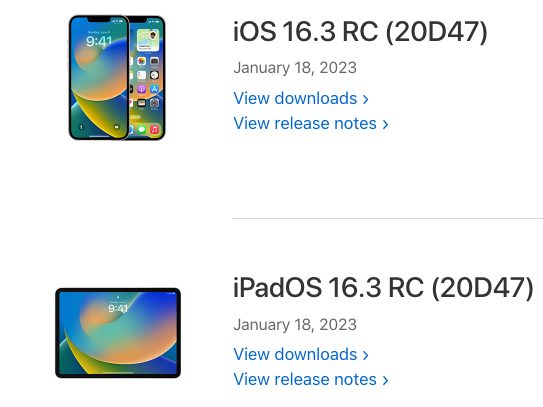 Apple has made new Release Candidate (RC) software updates available for developers, including iOS 16.3 RC and iPadOS 16.3 RC plus more. RC releases are essentially the final release for developers ahead of a public release.

Check out what’s available for download right now for developers: