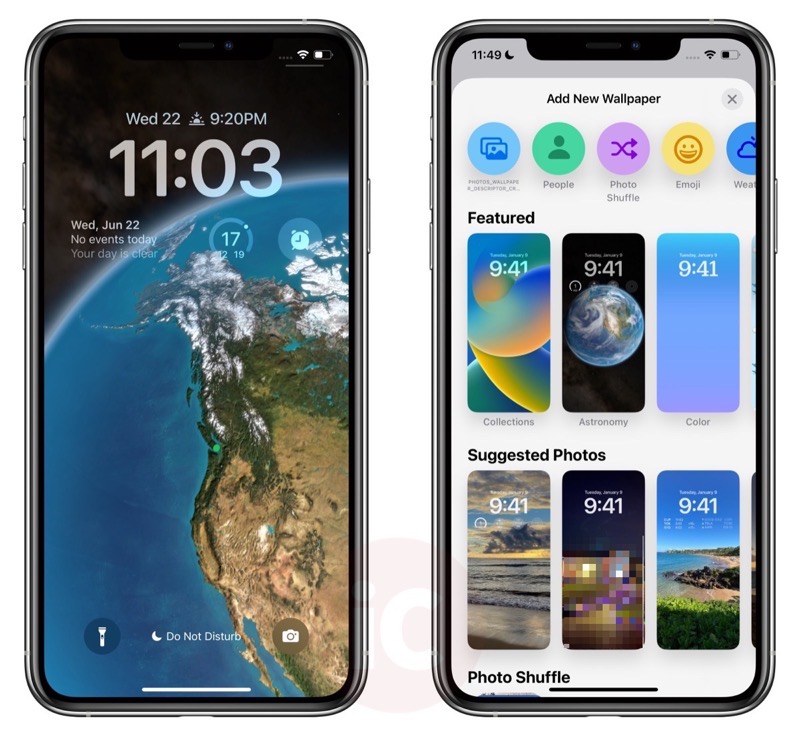 With iOS 16 beta 2 released for developers today, Apple continues to add more features and tweaks to the mobile operating system.

The Lock Screen in iOS 16 sees the biggest change as unveiled at WWDC22, as you can now personalize it with various photos, fonts and widgets and wallpapers.

The Wallpaper customization screen has been updated, now showing you featured and suggested options.

For the Astronomy wallpaper collection, the Earth Detail wallpaper has been updated to now pinpoint your location with a green dot, as seen in our screenshot above. It’s a tiny detail but it makes for a cool effect to your Lock Screen.

Also, to delete a Lock Screen, you can now just swipe up and tap the red garbage can icon. This action mimics deleting a watch face on your Apple Watch.

Expect more features and tweaks to roll out as iOS 16 beta progresses toward a final release in the fall.