iOS 16 ‘Undo Send’ and Edit in Messages: Works for Up to 15 Minutes; Deleted Texts Remain for Up to 30 Days 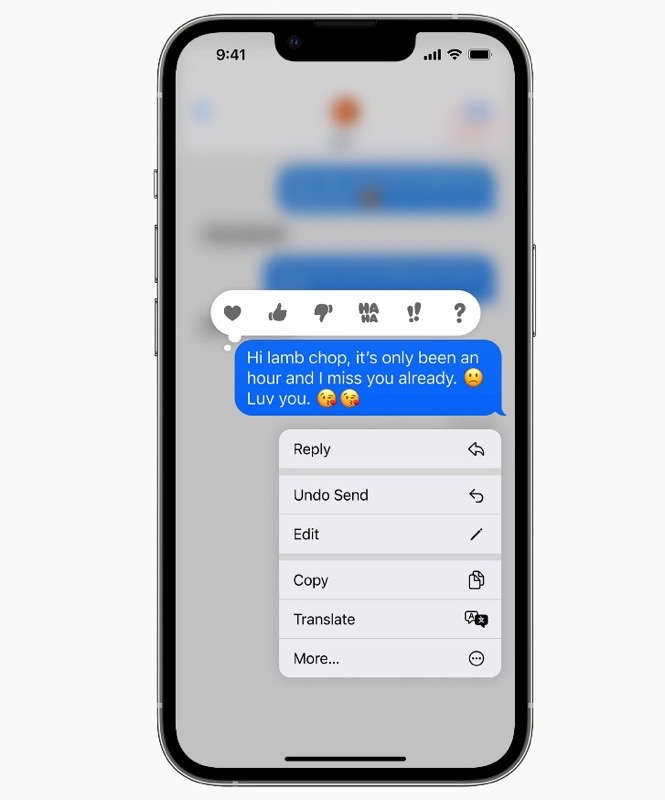 Messages will finally get the ability to edit and undo send in iOS 16 and iPadOS 16, features that have long been available with apps such as WhatsApp.

After the WWDC keynote, Apple’s website provided more details on how the Undo Send and Edit feature works.

Another major feature of Messages in iOS 16 is the ability to mark a message as unread.

Also coming to Messages is SharePlay, allowing users to enjoy synced content such as music or movies, while still chatting inside Messages.

For current iOS 16 and iPadOS 16 beta testers, as expected the undo send feature does not work on older devices.

The final release of iOS 16 and iPadOS 16 will be in the fall. Click here to see a compatible list of iPhones and iPads that will work with the latest software.