For web app developers, iOS 5 Beta 2 now brings native style momentum scrolling, something that previously was compensated by the use of custom Javascript to fake the feature.

As per the release notes in iOS 5 Beta 2:

WebKit
NEW: In iOS 5.0 beta 2, a new inherited CSS property, -webkit-overflow-scrolling, is available. The value touch allows the web developer to opt in to native-style scrolling in an overflow:scroll element. The default value for this property is auto.

Here’s what Johan Brooks has to say on the differences between native scrolling in apps versus web pages:

Thereâ€™s indeed a noticeable difference in momentum between scrolling in native apps and in web pages. Itâ€™s maybe the one single thing that makes you think: â€œOh right, this is a web appâ€. I guess iOS has a different scrolling behavior in web pages since itâ€™s actually helpful when thereâ€™s a lot of tiny information on screen â€“ a fast moving scroll would have been quite tricky to handle when precision-scrolling through long news articles. But for those who really want to create apps for the mobile browser with that native look-and-feel, this behavior is an obstacle.

If you’re running iOS 5 Beta 2, you can check out a scrolling demo here. Check out other iOS 5 Beta 2 discoveries here. 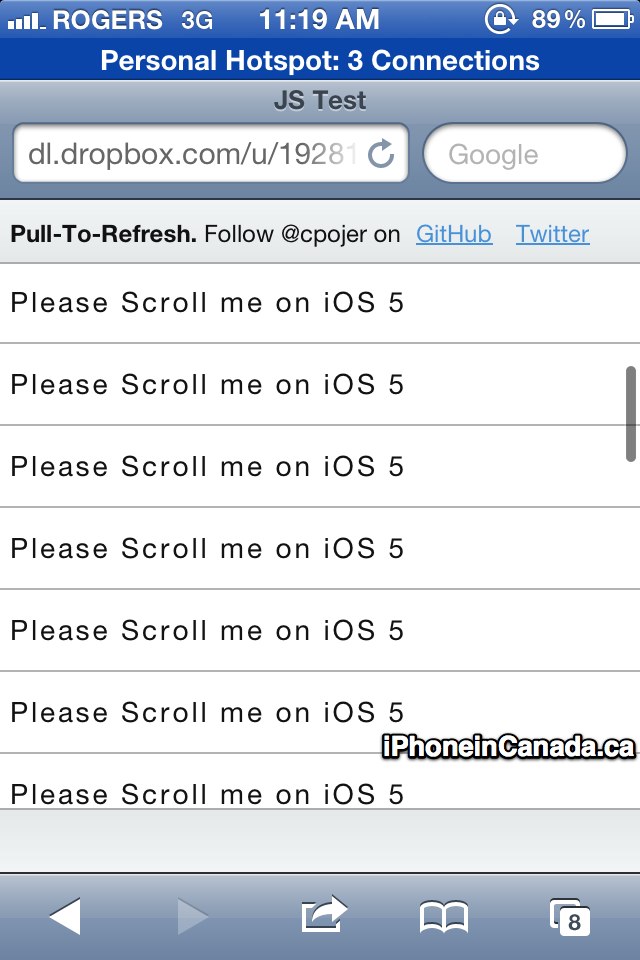 Uber is getting back into the robotaxi business. Not long after selling off its autonomous vehicle research division to a startup named Aurora, the transportation app is partnering with Motional. In a 10-year agreement, Uber will work with Motional to provide autonomous rides and deliveries. Based on the initial deal, Uber is utilizing Hyundai's autonomous...
Steve Vegvari
29 mins ago