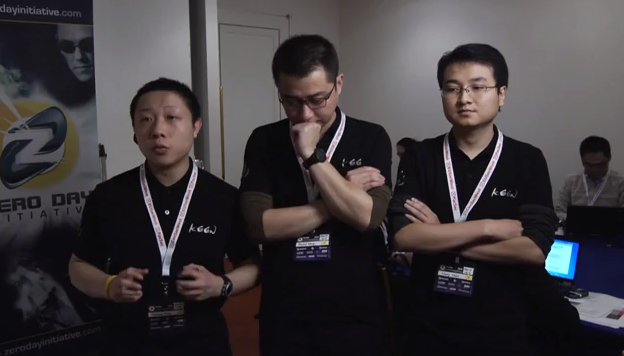 Participants in the second edition of HP-sponsored Mobile Pwn2Own have highlighted two mobile Safari vulnerabilities in iOS version 7.0.3 and iOS 6.1.4. The crack, which granted access to a targeted user’s Facebook account and a photo stored on an iDevice, was demonstrated on November 13, 2013, at the PacSec Applied Security Conference in Tokyo, Japan. It didn’t defeat Apple’s sandboxing technology, though (via The Register).

The Keen Team (from Keen Cloud Tech) pointed to two vulnerabilities found in mobile Safari on an iPhone 5 running iOS 7.0.3, and another running iOS 6.1.4. None of the devices were jailbroken.

The second hack was demonstrated on an iPhone 5 running iOS 6.1.4: the Safari exploit allowed the Keen team to steal a photo, due to issues with the permissions model. In order to work, the user needs to click on a link once again.

The aforementioned exploits have earned the team of eight $27,500 in prize money.

The hack obviously raises the red flag and forces us, the users, to think again about what personal information we share on mobile devices. The Pwn2Own team has warned Apple about the exploits and so fixes could be coming shortly.

Amazon is holding a virtual event right now, announcing new devices this year ahead of the holiday season. The first announcement was the new Kindle Scribe, which is the company’s largest e-reader that now includes writing capabilities. Kindle Scribe has a 10.2-inch 300-ppi HD display that’s also front-lit, and the included pen “never needs charging.” […]
Gary Ng
10 mins ago

Apple has kicked VK, Russia's take on the social media network Facebook, off the App Store globally to comply with the latest tranche of British sanctions — reports The Guardian. VK, formerly known as VKontakte, said on its website that the mobile app would continue to work on smartphones it was already installed on. However,...
Nehal Malik
12 mins ago