Apple: iOS 7 Adoption at 74% Based on App Store Usage 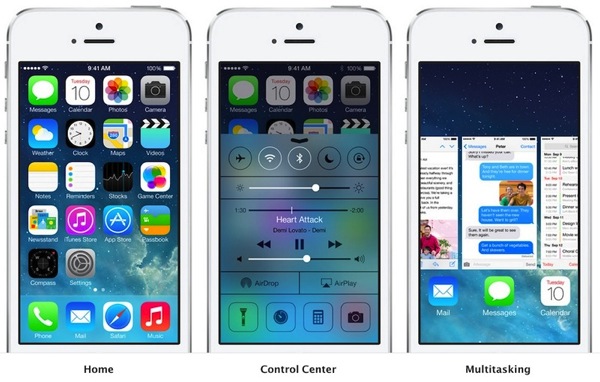 Apple has revealed iOS 7 adoption has reached 74%, based on an updated chart on its App Store Distribution page (via TechCrunch). This measurement is based on App Store usage over a 7 day period, ending December 1, 2013. The number is on par with what advertising analytics firm Chitika reported yesterday. 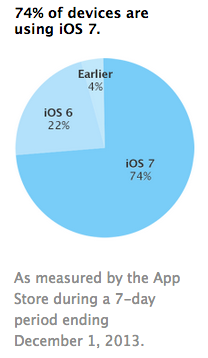 When iOS 7 was released, within studies revealed the latest operating system was estimated to be running on 250 million devices in its first 27 days. When iOS 7 was first released our unscientific poll noted 58.7% of you loved the new design, 13.7% hated it, 7.3% had not updated yet and 20% said to ask back in a week.

To put things into perspective, the latest version of Android KitKat 4.4 is only running on 1.1% of devices.

How do you like iOS 7 now two and a half months in? Has your opinion of the new design changed for better or for worse?