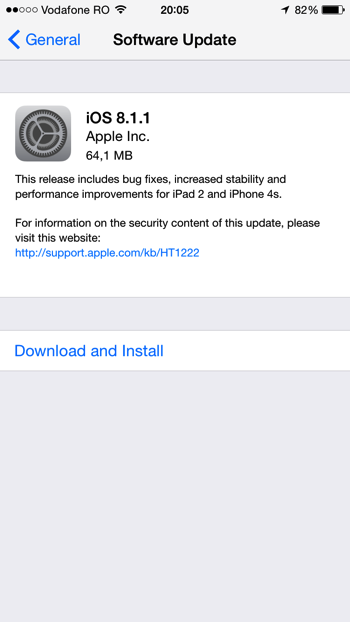 Looks like yesterday’s iOS 8.1.1 update frees up almost 500MB of storage space on an iPad, as reported by iMore. Apple’s release notes for the update mentioned bug fixes and performance improvements, especially for iPhone 4s and iPad 2, but it seems to also bring a pleasant surprise for all iPad ownersl, giving back an average of 500MB of storage space.

“After hearing about it from several readers last night, I tested it on a couple iPads in my possession, and in both cases post-update storage availability grew considerably. My iPad mini 3 it went from 7.5 GB remaining to 7.9 GB remaining. My iPad Air 2 went from 40.9 GB to 42.8 GB. It sounds like 500 MB is the average size of return.”

Even though 500MB is not a huge amount of space, it does help sometimes, especially on 16GB iPad models. So if you haven’t already, its best to update your iPad to iOS 8.1.1.

*For those running low on space on their iPads for on OTA update, can update to iOS 8.1.1 via iTunes.