Designer Sam Beckett just published what he imagines ‘Advanced Control Center’ would be like in iOS X. The concept brings much-needed customization to Apple’s Control Center toggles, by utilizing system features such as 3D Touch and long and deep presses for rearranging toggles. 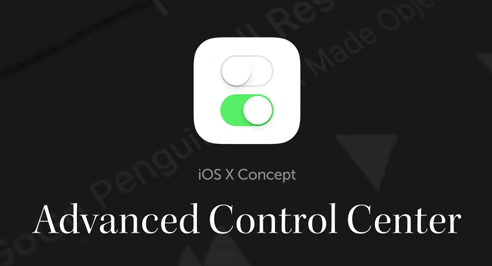 Becketts explains Control Center has not evolved much since its debut in iOS 7 back in 2013, aside from the upcoming Night Shift toggle coming in iOS 9.3, and the need for customization would make sense. He suggests customized toggles could bring forward frequently used settings and features such as Low Power Mode, Personal Hotspot, Cellular Data and Location Services to Control Center, which makes them quicker to access versus going through Settings.

The idea itself looks like something Apple could come up with—it’s pretty impressive. Check it out below:

Beckett periodically releases concepts, such as this one last year where he brought rumoured iOS 9 features to life.