The new 10.5-inch iPad Air has received the teardown treatment from the folks over at iFixit. 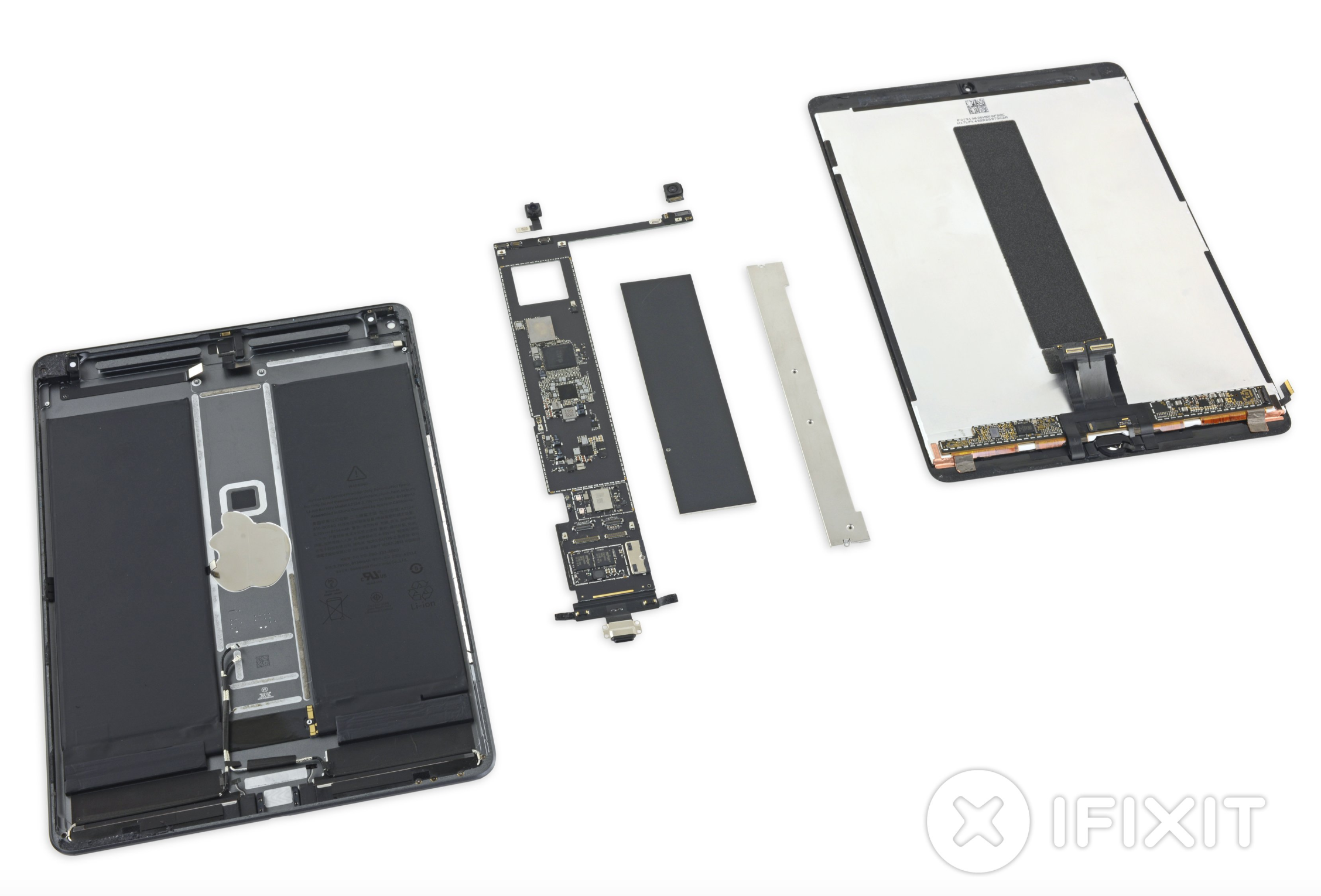 As far as exterior features go, the 2019 iPad Air shares the same dimensions and proprietary Smart Connector as that previous iPad Pro. Differences include a dual-speaker setup (as opposed to the Pro’s quad-speakers) and a shaved-off camera bump, for a cleaner design.

Inside, the tablets share a structural design, including the placement of their logic boards, a dual-cell 30.8 watt-hour battery, similar touchscreen sensors and chips similar to those that enable support for the Gen 1 Apple Pencil.

The new tablet is powered by Apple’s A12 Bionic processor, boasting 3GB of RAM. The rear camera is an 8-megapixel shooter. The tablet supports only the first-generation Apple Pencil and lacks ProMotion 120 Hz display technology found on the old 10.5-inch iPad Pro.

The new iPad Air proved to be tougher to take apart than the 10.5-inch iPad Pro that it replaces, lacking the Pro’s stretch-release adhesive pull tabs and but it does include extra adhesive near the top of the screen.

Once the logic board is free from its housing, one gets a look at the hardware living on it, including the star of the show, Apple’s A12 Bionic SoC. It’s joined by 3GB of SK Hynix LPDDR4X RAM, 64GB of Toshiba NAND flash memory, a USI 39S00551 Bluetooth/WiFi module, and a pair of Broadcom BCM15900B0 touchscreen controllers.

“Many components are modular and can be replaced independently,” reads the teardown, “but the Lightning port is soldered to the logic board.”

Just like the iPad mini 5, the iPad Air 3 receives a poor repairability score of 2 out of 10. While one can use a single Phillips screwdriver to open all the screws inside the device, the excessive use of adhesive and lack of pull tabs mean common repairs like display and battery replacement are extremely tough.

Check out the full new iPad Air teardown over at iFixit.

Weeks after the official launch of the iPhone 14, Apple is already scaling up its new flagship product production. In order to meet demand, Apple will now be manufacturing its devices in India via Foxconn's plant in Sriperumbudur, Tamil Nadu. Apple officially revealed the iPhone 14 series on September 7th. Following its launch soon after,...
Steve Vegvari
58 seconds ago