If newly-leaked images are to be believed, it looks like a new iPad mini might be around the corner. 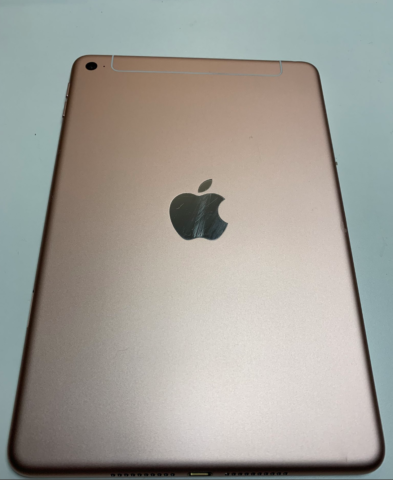 The images, first spotted by 9to5Mac, show very few design changes compared to the current iPad mini hardware, with the exception of a new antenna band that forms the shape of a rounded rectangle. This updated iPad mini uses a new antenna design with a more minimal antenna line, helping to keep the backside more of a solid colour. The current iPad mini 4 has a similar antenna design, but the rounded rectangle is filled in with plastic.

In addition to the updated antenna design, it looks like this iPad mini could be a new shade of gold. Apple sells the iPad mini 4 in space gray, silver, and gold, but Apple has refreshed its shade of gold on recent products.


iPad mini 4s I think we can call it like this.? pic.twitter.com/DvLJZ22nYO

Besides these two aesthetic changes, the iPad hardware looks to have everything the current model has including a 3.5mm headphone jack, side volume controls, Lightning connector, two speakers along the bottom, and seems to be equipped for Touch ID, unlike 2018 iPad Pros.

If these images are indeed authentic, it would seem that the large majority of upgrades in the tablet would be internal, perhaps including additions such as an A12 processor, improved cameras, larger memory configurations, and support for the Apple pencil.

Apple has recently received criticism for its lack of attention to its iPad mini lineup — the iPad mini 4 was originally released in September 2015, but has not yet seen an upgrade since apart from pricing reductions and changes in memory configuration. The model still sells for $529 CAD.

The Dyson V12 Detect Slim makes some significant quality of life improvements while not compromising on power. I’ve been using Dyson vacuums for the better part of three years. Across many of its previous cordless devices, I’ve been thoroughly impressed. Dyson typically delivers when it comes to power and suction. Plus, I’ve often found battery...
Steve Vegvari
39 mins ago