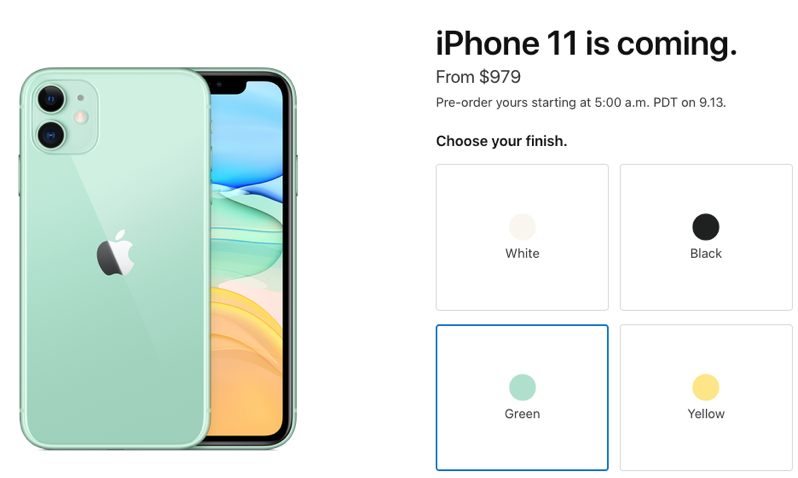 Apple announced the successor to last year’s iPhone XR today, introducing the iPhone 11, which sports new colours and also has an extra ultra wide angle camera on the back, as some of its newest features.

As for Canadian pricing of iPhone 11, it starts at $979 CAD, a $50 price drop compared to the iPhone XR when it debuted last fall.

For comparison’s sake, below is pricing of the 2018 iPhone XR:

The iPhone 11 comes in six colours: white, black, green, yellow, purple and (PRODUCT)RED. Pre-orders will kick off on September 13, 2019.

Sony has today announced the release of its next PS5 system software beta, which introduces a handful of new features, including the highly requested Discord voice chat. The release introduces a variety of UX, accessibility, and social feature enhancements, as well as Variable Refresh Rate (VRR) support for 1440p resolution. Invited beta participants from the...
Usman Qureshi
16 mins ago