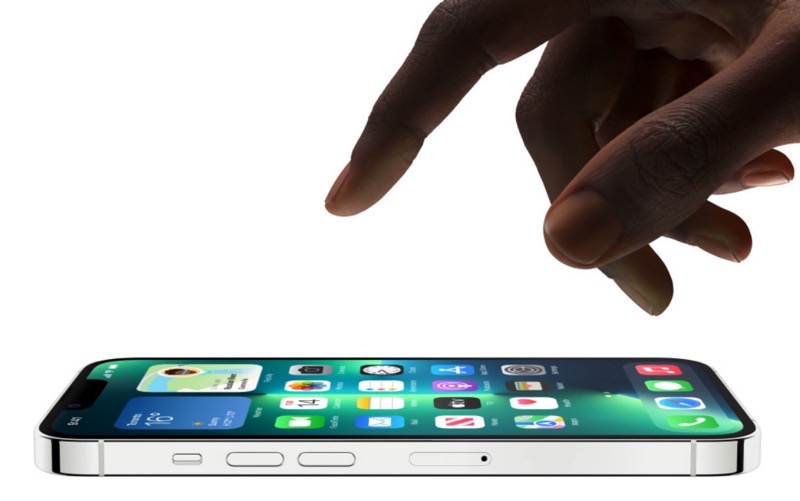 Apple has updated its iPhone Repair and Service page for Canada, detailing out-of-warranty repairs for its latest iPhone 13 and iPhone 13 Pro.

For those not opting for AppleCare+, and you need to deal with costs outside of warranty, expect to pay up to $779 CAD. While expensive, out-of-warranty costs have not increased since last year, as they are the same as it was for the iPhone 12 lineup. 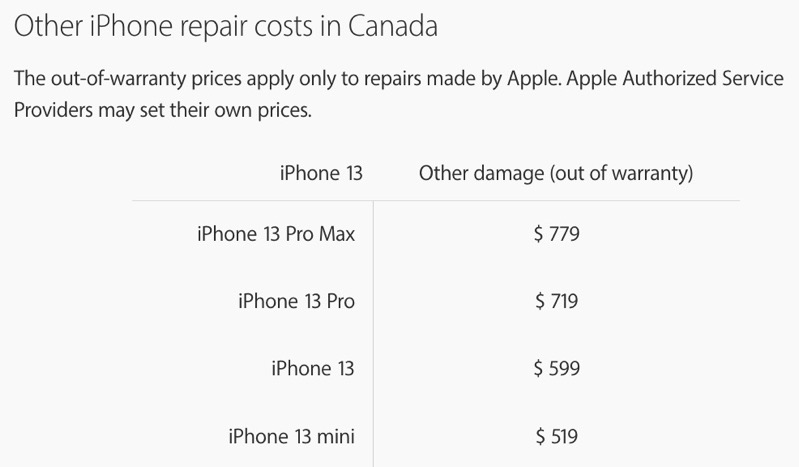 iPhone 13 – Other damage (out of warranty)

“We’ll add a $ 10.77 shipping fee if we need to ship your iPhone and it isn’t covered under warranty or an AppleCare+ plan. If the issue with your iPhone was caused by certain damage (such as severe damage not covered by the Apple warranty or AppleCare+), you might have to pay the full replacement value,” explains Apple.

If you purchase AppleCare+, accidental damage is covered with various fees. Screen-only or back-glass damage costs $39 per incident, while “any other damage” is $129 per incident.

Apple says “back-glass only repairs are available for iPhone 12 and iPhone 13 models only.”