iPhone 14 Plus vs. Pixel 7 Pro: Comparison and Benchmarks [VIDEO] 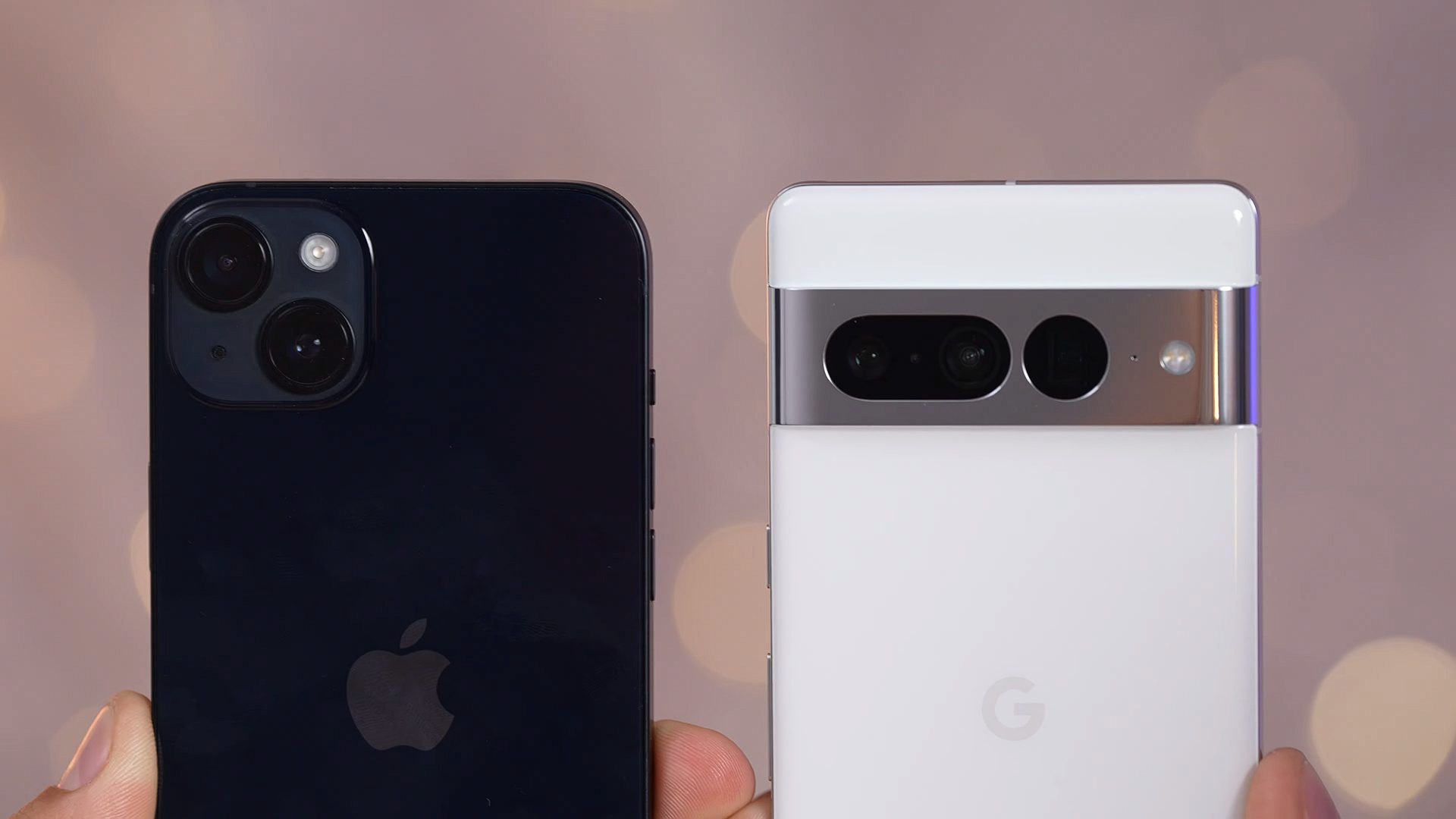 In a recently published video, Youtuber Max Tech compared Google’s recently launched flagship phone, the Pixel 7 Pro, against the iPhone 14 Plus from Apple.

Google started off the battle strong, scoring significant wins for its design and comfort in the hand thanks to its more curved chassis. However, the iPhone 14 Plus’s speakers demolished the Pixel 7 Pro.

The Pixel 7 Pro pulled off a major win in the display category with its smooth, 120Hz refresh rate. It also has Always-On Display, a feature only available on the pricier iPhone 14 Pro series on the Apple side.

That said, the iPhone 14 Plus’s screen was brighter indoors and in HDR, but the Pixel 7 Pro was brighter outdoors. The iPhone fared better in image quality as well. 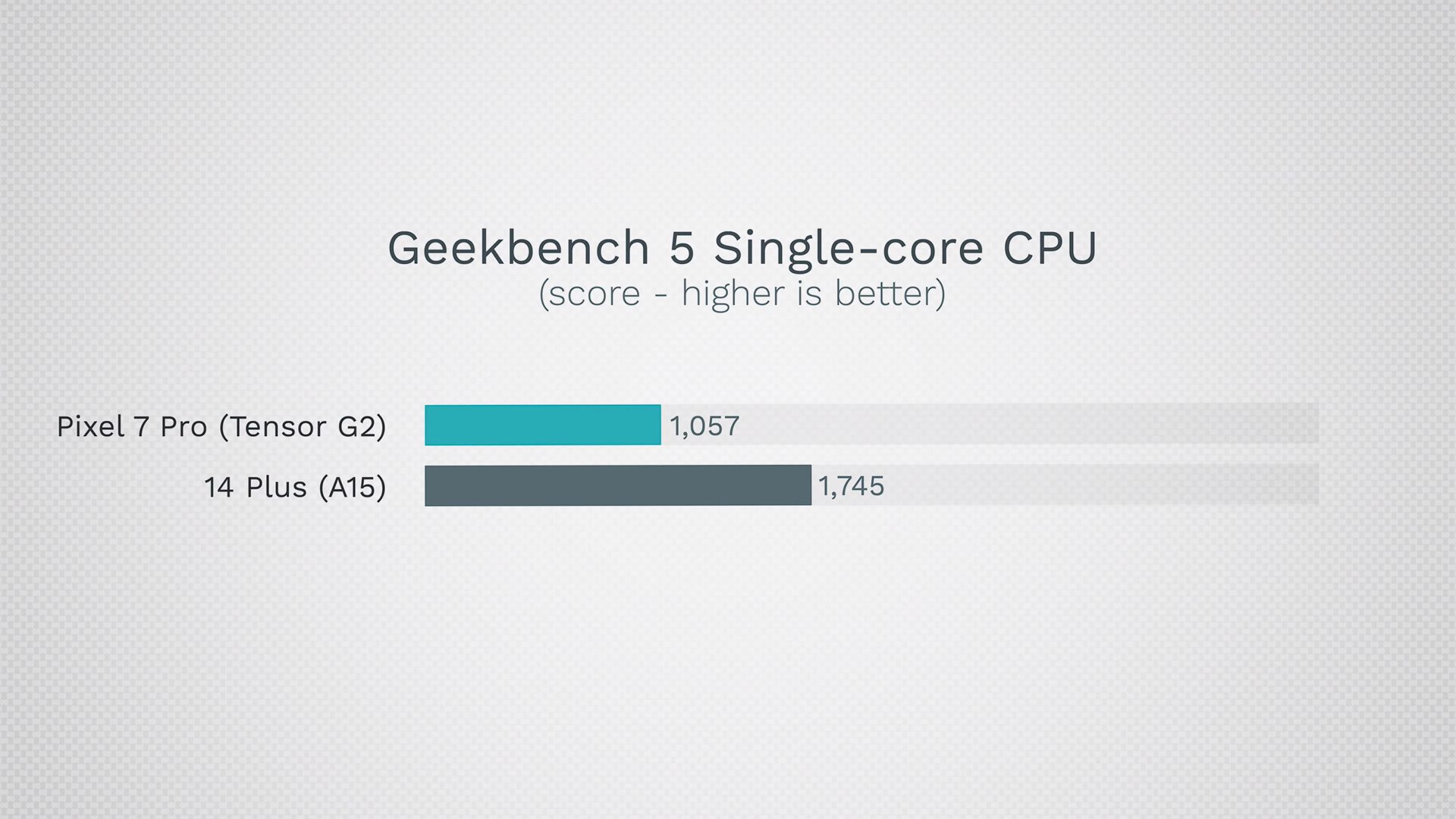 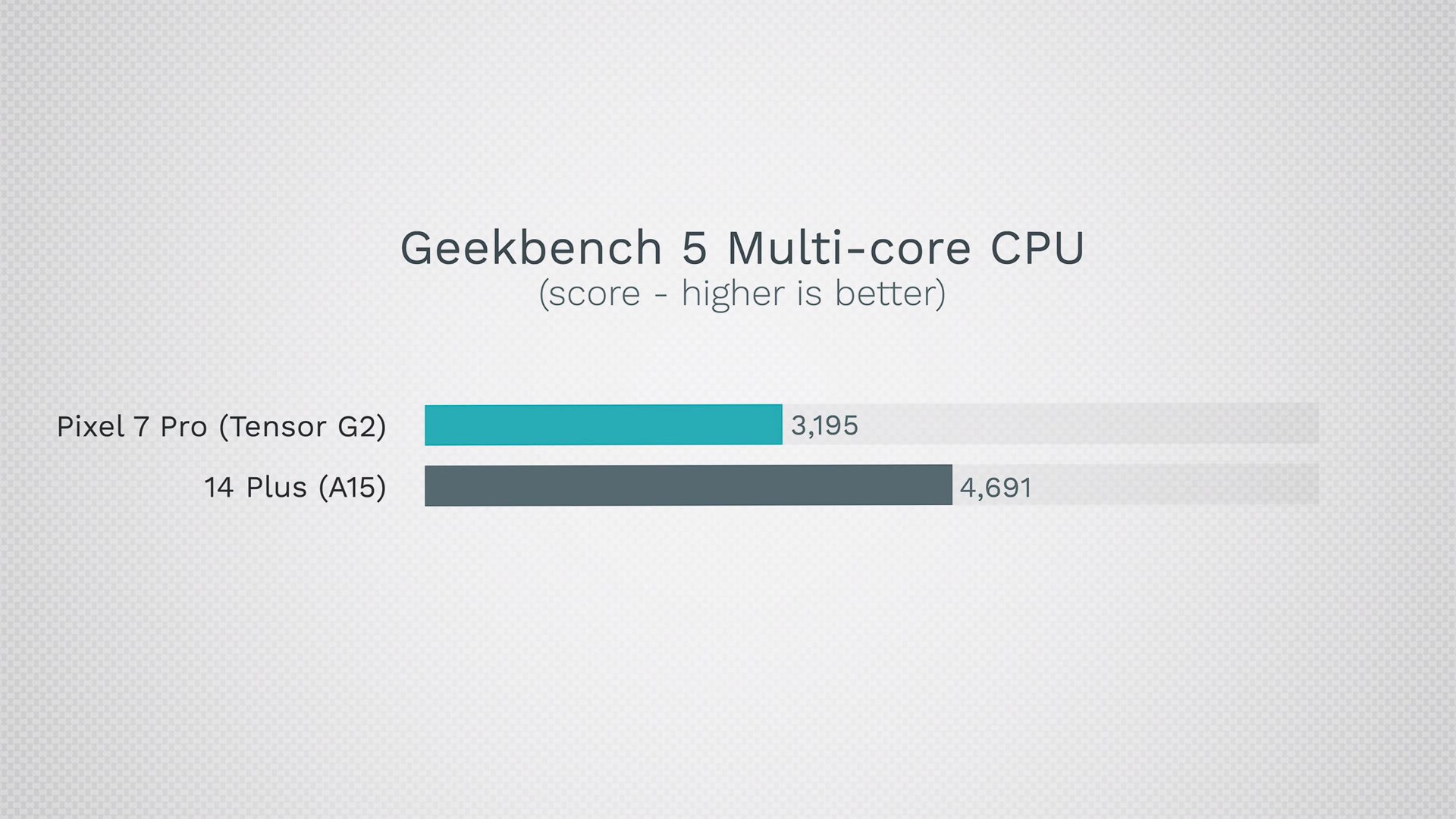 Google’s new Tensor G2 chip fell significantly behind despite the iPhone 14 Plus not even having Apple’s latest processor for iPhones — it still has the A15 Bionic chip from last year’s iPhone 13 Pro series. Judging by these results, the iPhone 14 Pro would completely embarrass the Pixel 7 Pro.

Graphics processing benchmarks told a similar tale, with the iPhone 14 Plus pulling out ahead by just under 50% in 3DMark. 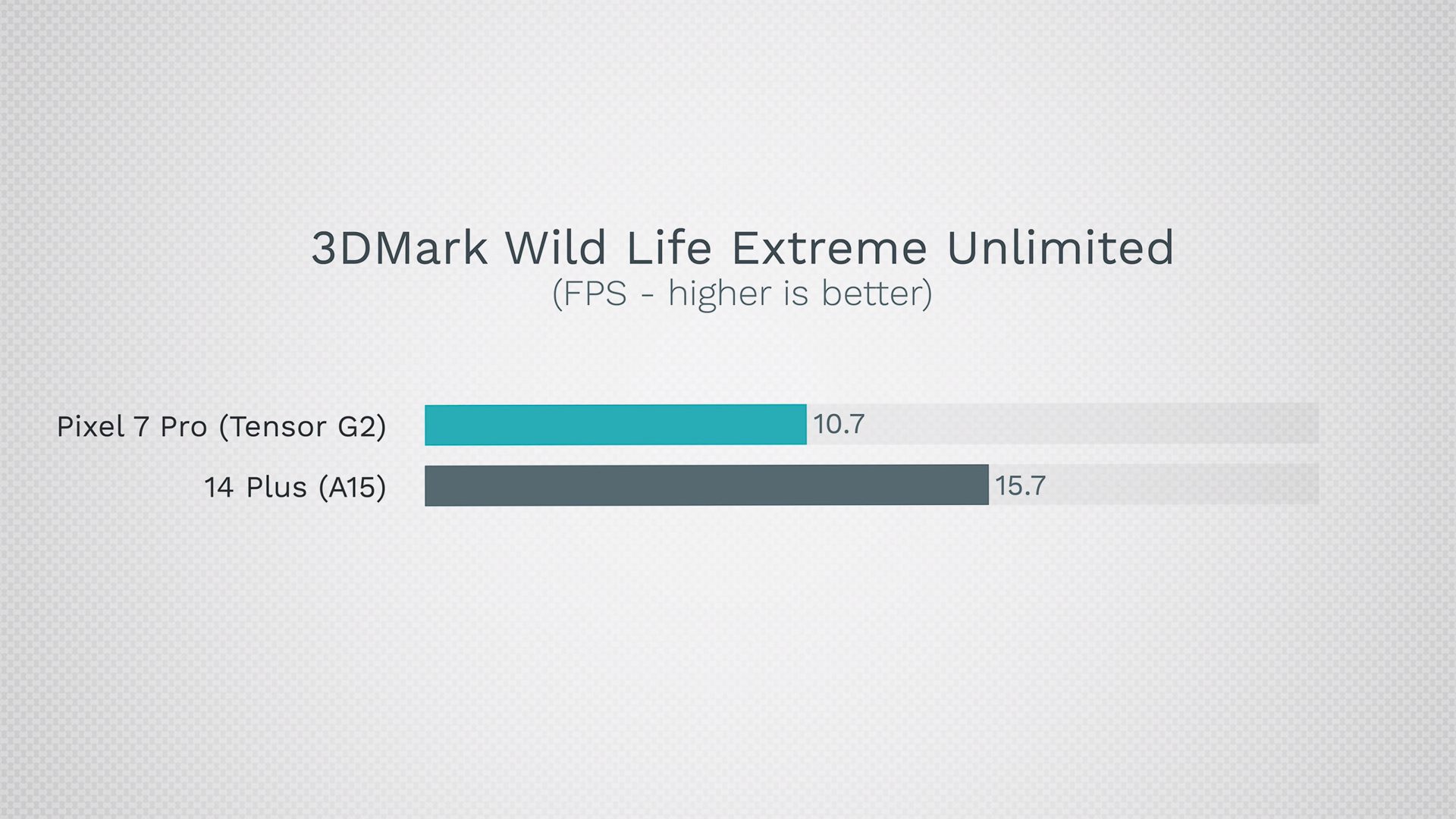 You can check out Max Tech‘s full comparison video below:

The YouTuber ultimately handed the win to the Pixel 7 Pro, especially since Google’s flagship offers more bang for your buck and is actually a flagship, unlike the iPhone 14 Plus which is dwarfed by the iPhone 14 Pro and iPhone 14 Pro Max.

Which device you should go for, however, likely comes down to whether you’re more invested in Google’s ecosystem, or Apple’s. The Pixel 7 Pro is designed not only to promote a pure Pixel experience on smartphones but also further Google’s plans for an all-encompassing ecosystem.

Do you think the Pixel 7 Pro’s upgraded camera setup will be able to hold its own against Apple? Let us know in the comments below.