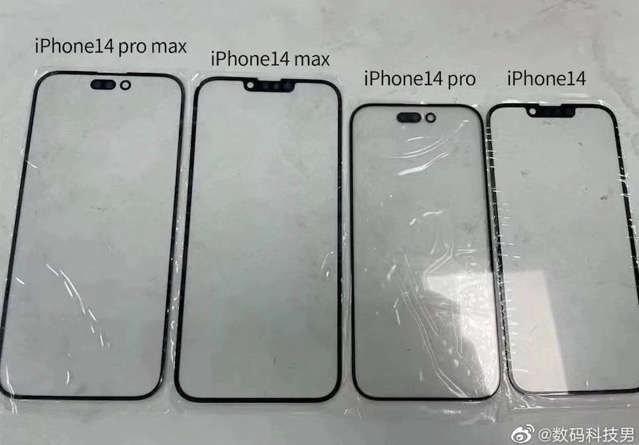 iPhone 14 front panels have leaked on Weibo – here are the changes to note:
1) thinner bezels on the Pro models, as reported by other sources
2) aspect ratio is also slightly different on the Pros (19.5:9 to 20:9); this corroborates with 9to5Mac’s report regarding taller displays pic.twitter.com/UtqNcBB9aP

Based on these leaked front panels, which first appeared on the Chinese social media website Weibo, the iPhone 14 lineup’s aspect ratio is “slightly different on the Pros (19:5:9 to 20:9),” in line with previous rumors, as noted by Saran Byte on Twitter.

As you can see in the image above, these are the four front panels of the upcoming iPhone 14 series. Although we can’t say for sure Apple will call the bigger iPhone 14 “Max,” our sources do believe it will have the same 6.7-inch display as the iPhone 14 Pro Max.

Earlier reports have also claimed the iPhone 14 Pro models would feature a taller screen due to a new punch-hole + pill design replacing the notch found on the current generation iPhone 13.