iPhone 14 Reserve and Pick Up Available in Canada, But Stock is Limited 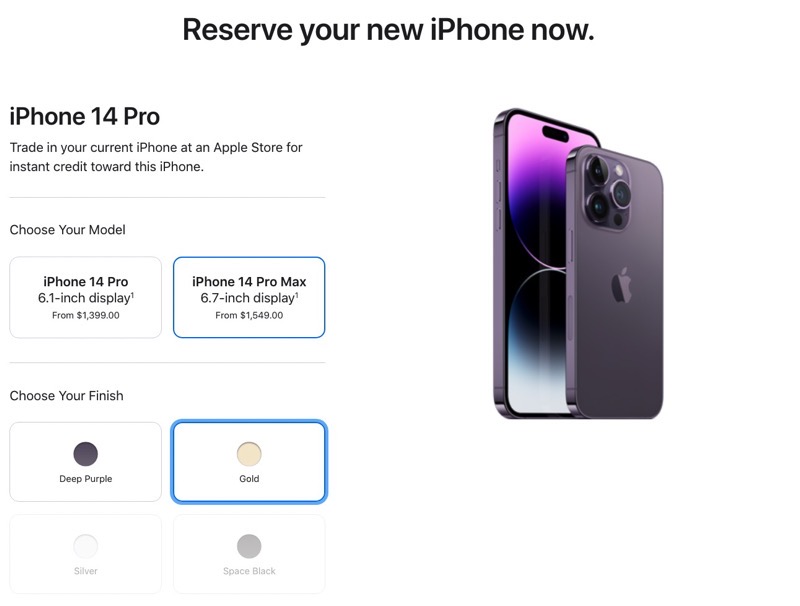 Along with a glitchy iPhone 14 and iPhone 14 Pro pre-order experience today, Apple’s Reserve and Pick Up option is back again in Canada. This option lets you configure your iPhone online, then pick it up at an Apple Store near you.

You can select your Apple Store but you can’t click ‘Continue’ as the button is greyed out.

This may change soon, as the Apple Store online this morning suffered an outage during checkout due to high demand, particularly those seeking financing through Paybright.

You can find the Reserve and Pick Up option on the iPhone 14 and iPhone 14 Pro pre-order page:

iPhone 14 Reserve and Pick Up allows Apple customers to grab their phone on launch day in stores, instead of waiting by the door at home all day for UPS to drop off their expensive new iPhone.

Were you able to configure iPhone 14 or iPhone 14 Pro Reserve and Pick Up today?