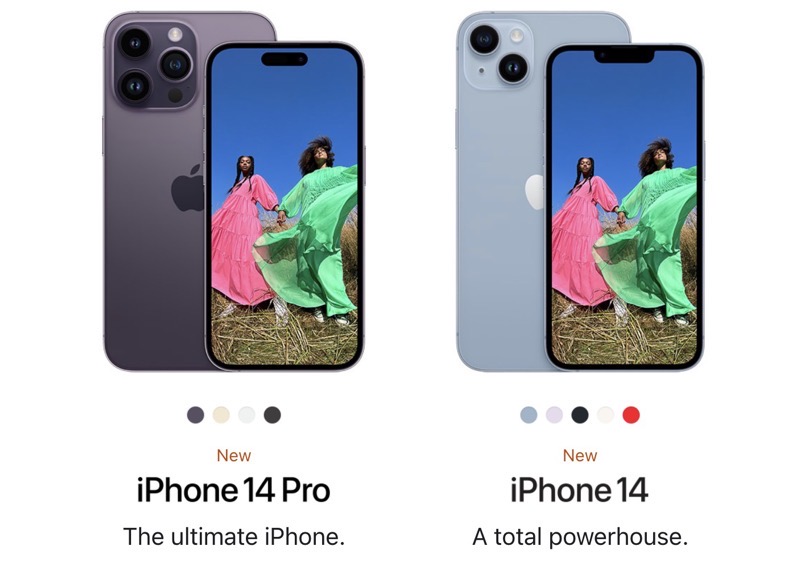 Apple has launched pre-orders for its new iPhone 14, iPhone 14 Plus, iPhone 14 Pro and iPhone 14 Pro Max in Canada. All of these models will launch one week later on Friday, September 16, 2022.

Wireless carriers such as Rogers/Fido, Telus/Koodo, Bell/Virgin and Shaw Mobile/Freedom Mobile will launch iPhone 14 lineup pre-orders today as well. Contract pricing remains to be announced. Stay tuned to those respective stories for updates.

Not sure what to buy? The following articles may help:

The Apple Store app and Apple’s website crashed under heavy demand, as it was not possible to check out with iPhone 14 and iPhone 14 Pro. Using a browser worked for some. Paybright financing for iPhone 14 became frozen once again for some.

What did you buy today from Apple? Share your iPhone, colour and storage in the comments below (iPhone 14 Pro Max 256GB in Deep Purple ftw; #yolo #shutupbrainorillstabyouwithaqtip).