iPhone 4 vs Other Smartphones: Chart

With the announcement of iPhone 4 yesterday, many noticed that Steve Jobs and Co. unleashed a bevy of new features and specs. Since the original iPhone launch in 2007, other companies have been playing catch up with Apple. Fast forward three years later and the emergence of Android as an iPhone alternative has become a reality for many.

Just how does the iPhone 4 compare to other smartphones such as the HTC EVO 4G, Nokia N8, Palm Pre Plus, and and HTC HD2? Take a look at the following chart Engadget put together (RIM is missing because…they need to try a bit harder): 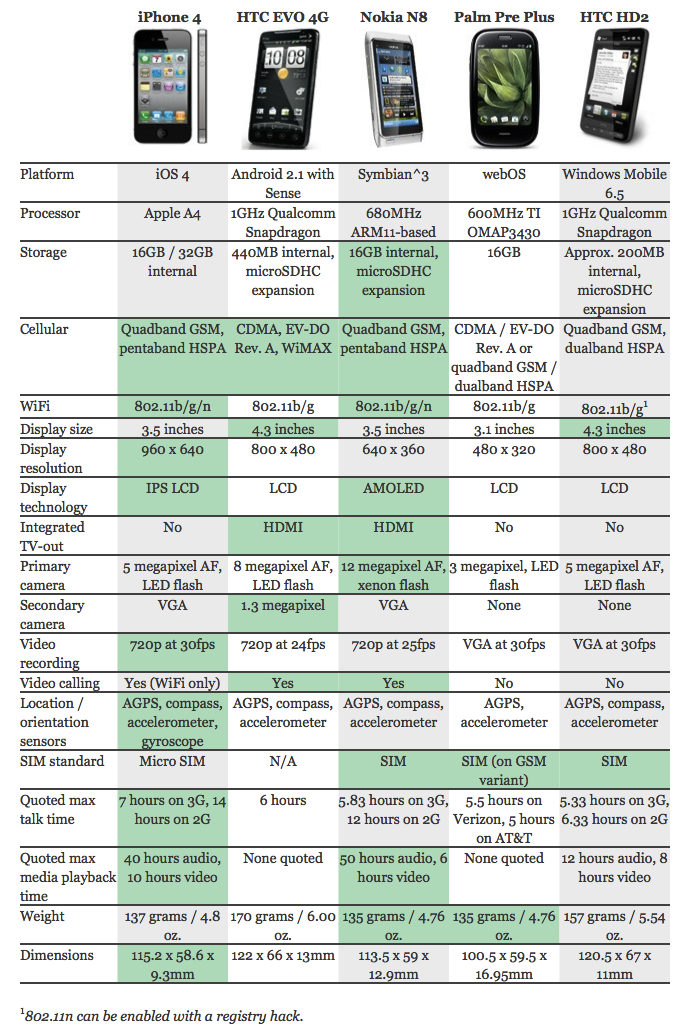 However you put it, the best smartphone comes down to your own personal preferences. One thing these other phones will never beat out is the App Store. With over 200,000 apps, there’s no competition there whatsoever.