We found out from the Gizmodo iPhone 4G/HD leak that the next iPhone will have a front facing camera. One would assume that means iChat capabilities right? Well, the folks at BGR have just received some interesting info that reveals Video Conferencing evidence.

This option comes from a field test firmware from the supposed next iPhone and as you can see from the pictures below, it clearly shows there will be video conferencing capabilities. Check out the pics below: 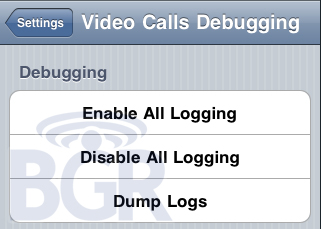 I think iChat or video conferencing would be an awesome feature. However, there are a few questions: how well would it work over 3G and how inclined are people to video chat on their phones?

The Dyson V12 Detect Slim makes some significant quality of life improvements while not compromising on power. I’ve been using Dyson vacuums for the better part of three years. Across many of its previous cordless devices, I’ve been thoroughly impressed. Dyson typically delivers when it comes to power and suction. Plus, I’ve often found battery...
Steve Vegvari
34 mins ago