According to a detailed analysis of Apple’s newly released iOS 8 on iPhone 4S by ArsTechnica, the device’s smaller display and slower processing power may not be enough to run Apple’s latest mobile software at its full potential. While the iPhone 4S gets many of iOS 8’s biggest additions, including support for extensions, it seems to be missing out on several features that depend on newer hardware. 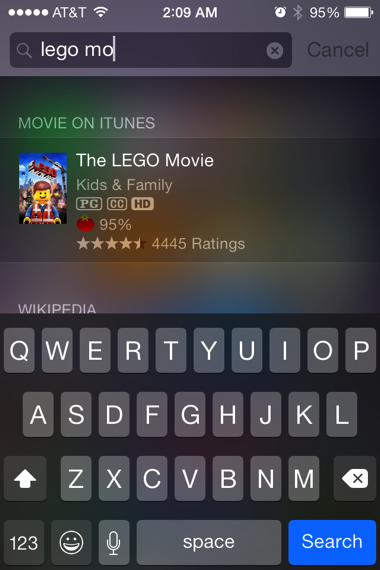 Some of the features that are omitted in iOS 8 for iPhone 4S include AirDrop, TouchID, Handoff for applications (except iPhone call forwarding to other devices which works fine), support for OpenGL ES 3.0, the Metal graphics API and 64-bit ARMv8 apps. Additionally, the device’s 3.5 inches display may not be big enough to fit enough information such as predictive typing, new Mail sorting options, Notification Center widgets, or Spotlight suggestions.

“The 4S’ screen has always been small, but iOS 8 can make it feel cramped. Look at the Mail app, for example: you give up one strip of horizontal screen space to fit the typing suggestions and another strip at the top to show that Mail compose “windows” can be minimized to let you dig through the rest of your inbox. Both features work on the iPhone 4S, but they also leave you with only a very small bit of screen for what you’re writing.

It also needs more speed. The iPhone 4S made the jump to iOS 7 relatively gracefully, though, and it’s fine with rendering all of the fancy transparency and translucency effects. We were expecting speed to stay roughly the same in the jump from iOS 7 to iOS 8, more or less as it did when we moved from iOS 5 to iOS 6 on the 3GS. Testing some application launch times under both operating systems reset those expectations.”

The article concludes with the question of whether to upgrade to iOS 8 or not, “Despite the problems we ran into, we think the answer for most people will still be yes”.